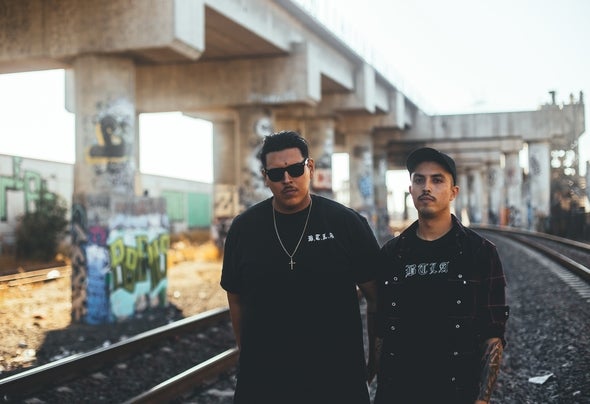 The BloodThinnerz, comprised of Kevin and Ernest, are a blood thirsty DJ/production duo born and raised in Los Angeles, California. These two bloody savages have been producing their sound since 2011 utilizing their past musical background in Metal in which they were both guitarists, which indubitably caused a very natural transition into their grasp of and creation of the aggressive, savage sound they are currently producing. Together, two is greater than one, so we can only imagine that the dynamic duo with their production skills and creative minds consist of an end result of bloody, savage, hard hitting basslines that will make any crowd go wild.