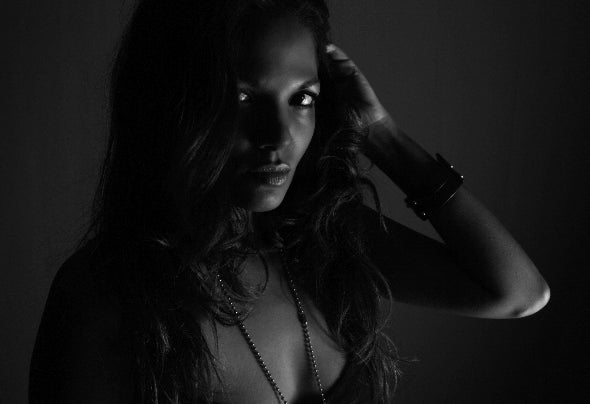 Born in Sri Lanka, raised in Italy, Rea K is a cosmopolitan artist and a passionate musician. In her asian youth studied both classical and violin theory than moved in europe going head exploring self- taught piano and synths sounds. Rea K took her first steps as a producer after meet WM then starts to blending her more traditional musician roots with modern electronic concepts developing her experimental psychedelic attitude. Her rising career starts in 2006 as a violin performer mashing up her classical background with minimal techno grooves craking many club dance floors and big venues with live sets as in the Electrowave / Italiawave Festival,the most important italian electronic music festival. Studio producing and instrument playing has stayed the forefront of Rea’s passion but she early moved her interest also in DJing,rocking dance floors around the world, creating & testing her own original dance floor weapons. Rea's musical development as a producer raised fast and in these years her tracks are released on labels like Minisketch of Davide Squillace, Carillon of Giuseppe Cennamo and the I-Music's label of Claudio Coccoluto ,gained support of whole club scene and also joined the SIS managed Berlin label: Cocolino Records. Aside from composing beats,her real deal was to push forward new ideas and more inspired sound concepts to the culture of club music. She creates a barcode platform to explore her vision of music and art,founding Black And White Records along side with WM. Renowned for its intersection of sophisticated sounds, underground beats and a hint of experimentalism,B&W attracted the likes of many djs such as Laurent Garnier, Adam Beyer, Answer Code Request, Craig Richards, Richie Hawtin, Karotte, Loco Dice.. just to name a few who support,charted and played her label tracks in clubs and festivals around the globe.