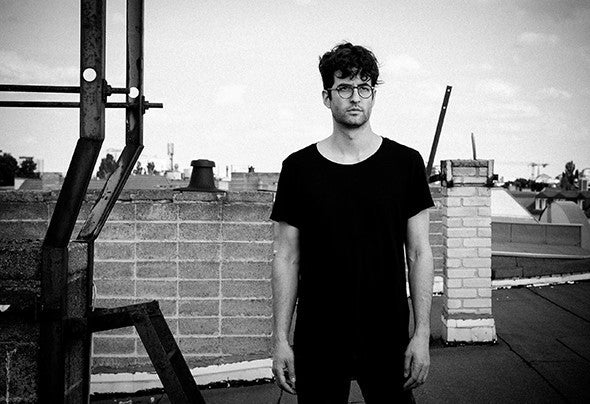 Nicolas Bougaïeff presents his new EP on seminal British imprint Novamute. As a producer he harbours a diverse musical background, having studied in a conservatoire setting whilst foraying into anti-authoritarian rave culture. He is also a respected lecturer, regularly teaching masterclasses in composition and speaking at global events such as Mutek and Ableton Loop - the results of which come to life in the inquisitive spirit of his productions.Cognitive Resonance explores elements of psytrance, gabber and techno through a compositional lens, drawing on the artist’s love for avant-garde forms and long-standing relationship with the electronic music community.The title track lays out long, expansive phrases and warped crescendos to create a disorienting structure, whilst distant harmonies, distorted kick drums and shattering effects merge into a hypnotic form on ‘Truthful Hyperbole’. Lastly, ‘Fake News’ mangles our sense of rhythmic familiarity, disrupting the 4/4 beat with a complex metre and sinister melody.This is Novamute’s first release since MOTOR (Bryan Black and Oly Grasset) over ten years ago. The label, a subsidiary of Mute (Depeche Mode, Goldfrapp, New Order, Liars, Erasure, Moby), began in 1992 as a response to the growing demand for techno releases in the UK. Originally presenting white labels and imports, Novamute went on to release records by Plastikman, Speedy J, Juan Atkins, Luke Slater and Joey Beltram to name a few, as well as forging invaluable links with labels such as Tresor and Probe, which allowed them to license rare tracks for a wider audience.Forthcoming releases on Novamute will include EP’s from Terence Fixmer and Charlotte de Witte.