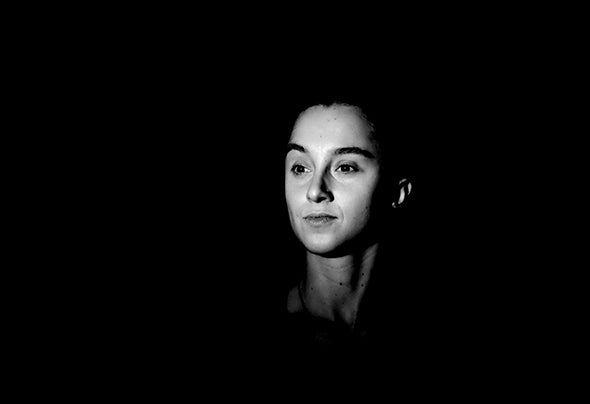 No stranger to raving, she ended up in Leuven. Roaming the Belgian Techno scene, completely falling in love with it! In late 2016 she started out as a resident for Nobody Listens To Techno? with a strong desire to learn how to mix and produce Techno. In November 2018 she won Be Rave's Female dj contest (in association with 'Slagveld') and became a proud member of Be Rave’s roster. Becoming a 'Resident DJ' of Sinners Techno Lab in March 2019, gives her the chance to stream her own live sets every month. Now she is well known for her powerful pumping Technosets, making everyone move on the dance oor with her energetic vibe and dazzling smile! Playing at the bigger festivals like Aftrsun, her own 'Weekend livestream sessions' on Beats2Dance radio, playing before legendary Techno dj’s such as Marco Bailey, Dj Rush, Marika Rossa etc. Bookings ying in and loved by many... Yeah she’s starting to take over the world!