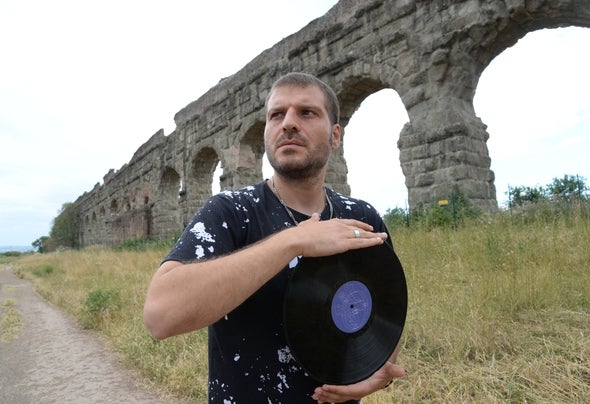 A founding father of Silent Storm, Luke Di Lullo is fast becoming one of Italy’s most propitious prospects. Unconstricted by stylistic boundaries, he is considered in his approach whilst remaining prolific in execution. Originating from the hot-blooded capital of Rome, the Italian native’s captivating musical stamp is one of eclecticism and deep extent. Shaped by a myriad of influences, Luke’s musical ammunition has been inspired by the legendary likes of The Chemical Brothers, Moby, Depeche Mode, Laurent Garnier, Kevin Saunderson and Paul Van Dyk to name a few. Conversant in his selection whilst swerving all convention, his growing reputation behind the decks is one fuelled by an endless, visceral quest to locate rare records, digging for cherished material at every opportunity. Maintaining that vital link to his dance floor origins, Luke has been appeared at some of Rome’s most respected staples, including Ciampino super-club, NRG, where has been a resident selector since 2009. Here, he has supported some true industry heavyweights including Felix Da Housecat, Oliver Huntemann, Spektre, Laya & Bushwacka and more. He also boasts noteworthy slots at Atlantico and Salone Delle Fontane where he has warmed up for the likes of Sebastian Ingrosso and Benny Benassi. In the studio, Luke’s distinctive musical stamp affirmatively sits within the darker side of the techno spectrum. Highlighting an approving eloquence for rhythm, his taste is functional,galvanising and energetic all rolled into one. Combining together ardency and dedication to perfect the art of his craft, Luke has produced several collaborations with fellow label head, Emanuele Millozzi, with the most striking coming in the forms of his Horizons and Let It Go EP’s. His output has attracted support from such respected names as Umek, Felix Kroecher, T78 and Skober. Armed with an enduring fusion of determination and unwavering devotion, Luke Di Lullo’s evolution is meagrely just getting started.