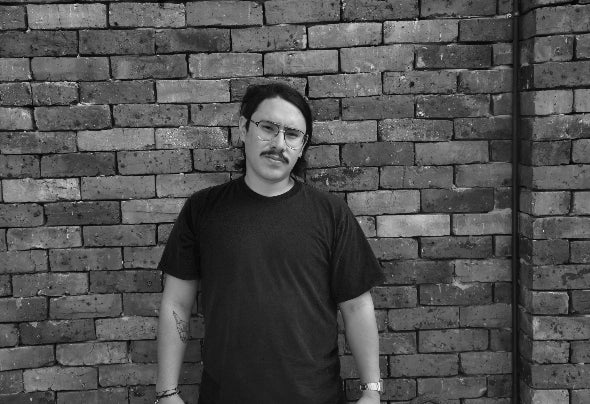 Diego Mosquera AKA Konjunction is a Colombian producer and DJ based in Bogotá. His style could be defined as a combination of mental sequences and powerful grooves, with energetic and fast techno. Starting his musical journey at a very young age, Konjunction sought as a child how to be connected to music. He went through classical guitar, saxophone, and some drums with musical influences in Reggae, rap as well as rock. At age 21, he met techno by accident, and from that day on he set out to start a project to learn how to generate those sounds and environments that had so captivated him. In 2014, he began his first project called 2rex, made up of himself and his friend Daniel Crovo. During the following 4 years, 2rex played in different clubs in Colombia such as Lepimp (where they were residents and organized their CHNOPS Sessions events), Vagabond Club (Club in which they would later be residents), Blues, Mansion Club, Kea, among others. In 2018 Diego decides to continue on his way with his new AKA Konjunction. This project, with more aggressive sounds and a higher BPM than before, seeks to convey the energy that he himself feels for music. In 2019 he signed with Fluctuat Records to participate in the second anniversary VA with his track "Escape", full of acid and hypnotic atmosphere, and from there he began to collaborate with the label including his EP "Korean EP". Also, he joined the collective BLARE from Bogotá. On the dancefloor, he always tries to leave everything behind, always renewing his music and trying to generate unforgettable nights in the audience