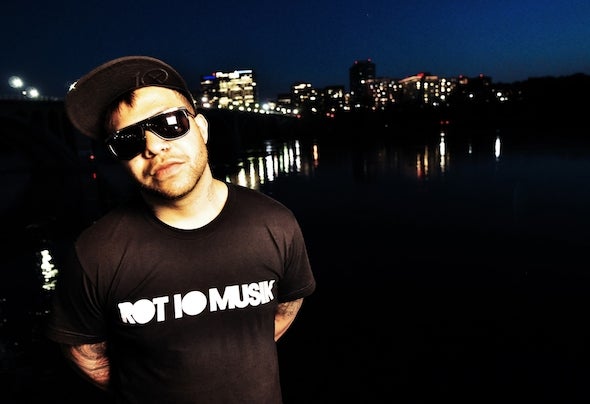 Merchicedek “KID CEDEK” Reyes born in Arecibo, Puerto Rico, is serving up a dose of music that is an adventure to the ears and mind.Cedek's birth name Merchicedek is a biblical connotation to a Lord of a high priest, he learned from his grandma at a young age. In school no teachers would attempt to pronounce his name so he was often referred to as Merchi or Cedek (Pronounced "Sed-Eck"). As he began to embrace the art form of djing, the name Kid Cedek stuck with him due to his overall pursuit for all good things in life and non-stop energy.Having shared the stage with acts such as: SPL, A- Trak, Le Castlevania, Louie Vega, Steed Lord, to artists like Andrew WK & Murs, Cedek clearly exercises his elasticity as a DJ easily adjusting to any audience while staying true to His authentic style as a producer. Recently Cedek has been booked to play the entirety of the 2010 Vans Warped Tour, SXSW, A3C Festival, Identity Festival, DJ Expo, One Music Festival & showcases during Ultra Music Festival in Miami. Through these opportunies Cedek has gained several sponsors, ranging from clothing to pro audio. From being featured on world renowned blogs, having #1 songs on HYPEM, Original Music & Remixes charting on Beatport, constant play on Internationally known BBC RADIO 1 via Annie Mac, DJ Kayper, & Kissy Sell Out; to front page posts on Mix Mag, Mad Decent, Ear Milk, Generation Bass, The Mixter, Vibe, & Urb.com & more; Cedek has proven to the masses that his original DJing & production style is in high demand in his hometown and around the world.Cedek is what most consider to be an "open format" DJ, but If he was placed in a category we'd say he is a “Party Rocker”. Kid Cedek was a on the other side of the turntables for years as a dancer, before he decided to take on his career as a DJ/Producer, and it is apparent when he sits behind the booth as he seamlessly blends different styles of music during his live sets. Cedek produces a wide range of tunes from his current favorite, Moombahton to Dubstep, Hip-Hop, Baltimore Club, to Disco House & Electro under a variety of alias'. Cedek plays what he likes to get the party hype, introducing it to a crowd in way they have never heard it before.Kid Cedek has become the brainchild of many tracks and remixes released under ROT10 MUSIK. Along with Mr. Vega, ETC!ETC!, and many more, Cedek and the family at ROT10 Musik are producing unique sounds and continuously breaking the limits of electronic music. Rot10 Musik with the help of Kid Cedek is gaining notoriety and becoming a pioneer in the industry worldwide.