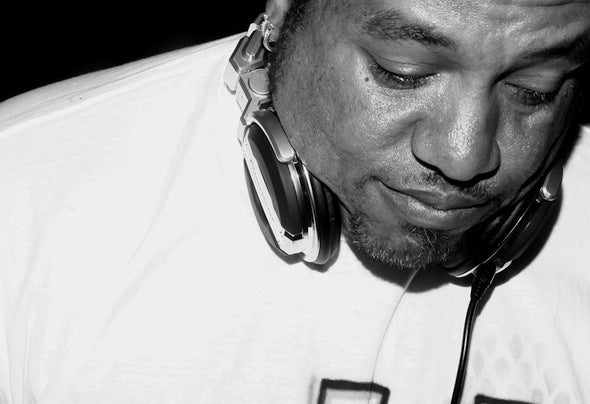 DJ Jus-Ed 's exposure to a wide range of experiences shapes his unique musical viewpoint. At the tender age of six he was backing up his grandparents in a Jazz duo "Tomi & Eddy" touring from the East to West coast as a drummer, later attending the University of Bridgeport at age 10 to study percussion instruments. Other musical influences included James Brown , Buddy Rich and later Chicago, 3 Dog Night and Luther Vandross. In the early eighties faithfully tuning in to WBLS with Frankie Crocker, Jus-Ed also embarked on his professional dj career in 1982 starting out playing the music of the times, freestyle, house, and R&B but retiring in 1985.