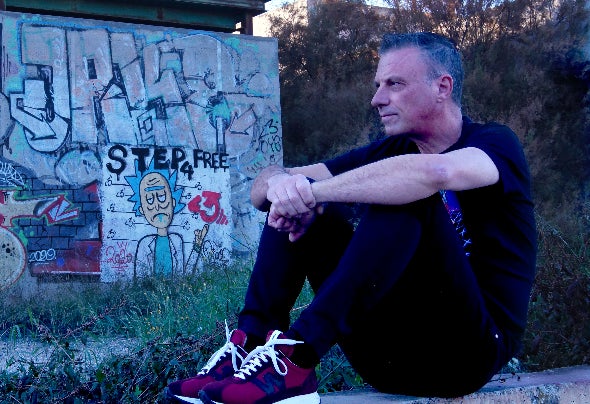 Javier Gómez, or known by his artist name JAVI GOLO and JG OUTSIDER is a Spanish producer and musical DJ born in Alicante. He started his career as a DJ in 1984 and as a music producer since 1992 going through various stages. He developed his career as a producer on Pink Records between 1992 and 2000. After this stage he made productions for several Spanish labels and co-created the ESSENTIAL label most dedicated to vocal trance and trance-progressive until he formed group 2 RARE PEOLE in 2003 together with Ivan Serra, already placing his first reference for Dpress Industries (Decoder Muzique) at the top of the international charts being played by such important people as Carl Cox, Oxia, and Angel Molina and remixed by Pascal Feos and Mark Broom, entering more in the most techno and electronic-pop scene in Spain, achieving great success in France and Europe, performing several maxis for Permissive Records, Blackout 77, Wicked Music (France) and Decoder Muzique. In 2005 Javi Golo and Ivan Serra spend months together with Greg XXL to work on their first studio album, a brilliant, lucid and very well finished work that is very well received by the specialized criticism. Naked Body (which is the name of the album is darkness, enveloping basses, catchy melodies, obscene lyrics, overwhelming techno with a shiny & pure finish) .Currently immersed in the production of new tracks focused on the more retro sound,Synthwav,Melodic Techno maintaining the essence of melodic sounds and Powerful basses with the name of JG OUTSIDER. Under this name he is working with labels like KRAFTED UNDERGROUND London, ESPACIO CIELO Spain, NEIN RECORDS Berlin London, BANSHEES RECORDS Spain, CHROM RECORDINGS Belgium, TANZGEMEINSCHFT Belgium, JAM 21 Spain, LOGIA RECORDS Argentina and ULTRANZA Spain among others. His proposal for his LIVE ACTS is based on analogue bass grooves mixed with digital and with styles ranging from Melodic techno and Indie dance, with a clear message "enjoy and dance"