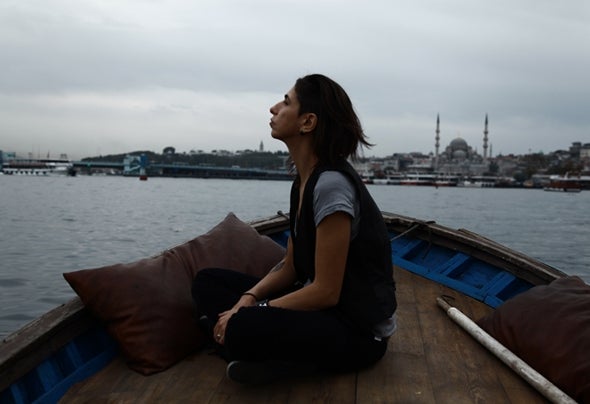 Berlin / Istanbul based DJ/Producer/Rmxer Ipek Ipekcioglu has an established reputation across worldwide.Inspired by her passion for ethnic & electronic music, Ipek combines middle East & electronic music as nu-disco, house, deep house and minimal techno. Ipek creates an extraordinary warm, dynamic and organic interpretation of electronic music, melted with the melodramatic sound of Anatolia and the Middle East. Ipek focuses on principle of cultural diversity and pushes boundaries within the ethnic and electronic music scene for more than one decade.Queer DJ Ipek has developed herself into an exclusive Berlin export article, visiting festivals and clubs all over the world: New York, the desert Sahara of Mali, Salvador de Bahia, Stockholm, Marseille, Los Angeles, Istanbul, Novosibirsk, St.Petersburg, Glasgow, Cairo, Sana’a or Shanghai . She has toured in Japan and has made exclusive tours throughout China. Ipek received the German Record Critics' Award and she was named as a musical and political "visionary" by the Süddeutsche Zeitung. She was a winner at the World Beat DJ Competition at Electrowerk in London and cited as a representative for “ideologically blinker-free living” by Rolling Stone Magazine.