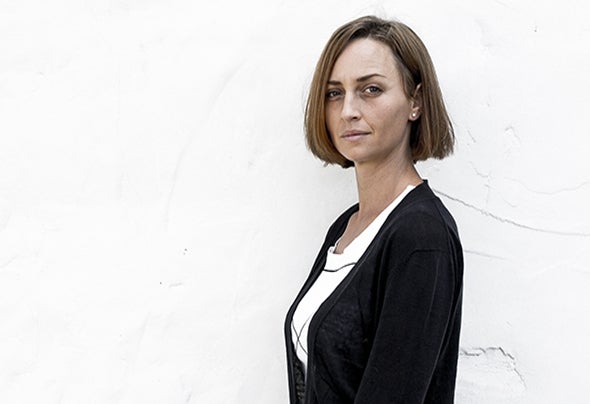 Lady M is based in Cape Town and plays an intelligent and unique electronic sound, continuously earning herself recognition as the country's original and leading lady in the local deep house scene. She initially began playing on vinyl in her late teens and moved onto hosting residencies at various cocktail bars before making her mark on the nightclub and festival circuit.Embracing the digital era she performs using Serato Scratch Live, throwing out deeply bass-driven, percussive and melodic house and techno. She enjoys experimenting within the darker realm but transitions smoothly within her sub- genres, carrying the innate ability to balance and blend the feminine with the masculine in her sets. The result, with quality delivery being her utmost focus, is an explosive journey for both body and mind.To understand the source she studied Advanced Music Production and works in her home studio and is also a frequent at the Red Bull Studios. Her 'Solitude' EP released in January 2013 marked her as the first female electronic artist in South Africa to release a solo record. Currently signed to Cape Town based label Triplefire Music, hosting their label nights and assisting with A&R alongside her own busy release schedule, she also has her own label Magique Music which was recently launched. Teaming up with vocalist Marcia Alvez on one of her releases has brought the ladies to perform live together and with the addition of visual intelligence from Afterlife AV, they are delivering a sound and atmosphere that is driving dancefloors forwards.Being a firm family member of underground music venues, specialised events and outdoor festivals around Cape Town has has led her onto the national circuit with SA's strongest talents and also fitting the bill for internationals such as Inland Knights, Nick Maleedy, Jordan Peak, James What, Fur Coat, Ron Costa, Bas Amro, Enzo Siragusa, Alexkid, Black Coffee, Culoe De Song and Stimming. She is also seen pairing up with Claudia Lovisa (Spain) for back to back sessions, where the girls lay down serious grooves and beats. Spending time abroad for the last two European summers has not only proved to be a sonic adventure and solid education, but has seen her edge herself into the international market with gigs in Amsterdam, Cologne, Berlin and Ibiza.2013-11-27 06:56:40 info@magiquemusic.com LADY MArtist Bio