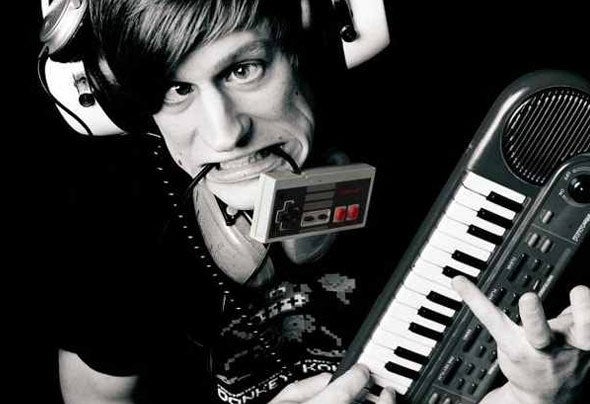 Already as wee nipper Stefan was blessed with enormous creative power. However, as soon as little Stefan received his first Gameboy, he was occupied for the next couple of years. Time for eating and going pee-pee could hardly be fit in between the missions of utmost importance, which consisted mainly of pushing buttons in order to save the princess in the end.Stefan has never since been able to kick his Gameboy habit.With his meanwhile 27 years the Bernese does not collect quite that many mushrooms but earns his keep as a graphic artist instead.Amongst other things he designs fabulous psy-flyers . Nevertheless, he still spends every free minute manipulating buttons and controllers.Inspired by Zelda, Tetris and princesses in distress “Gameboy” creates playful sounds that chase dancers through the darkest dungeons only to let them leap from cloud to cloud shortly afterwards. In his music he skillfully plays with light and dark capturing powerful vibes and emotions and surprising his audience with unexpected turns.Over the last two years, Gameboy has been conquering European Psy-Castles, armed with Synthesizer and Laptop – easily recognized by the pixel-dominated images on his T-shirts. At the “Fusion Festival” in Berlin he was able to record his biggest level-up so far together with 3000 enthusiastic Space Invaders. In the meantime, now collaborating with Amplidudes Records, he has become one of the most frequently booked Psy-DJ in Switzerland. His repertoire spreads from Fullon over Minimal-Tec to Progressive and is constantly expanding.