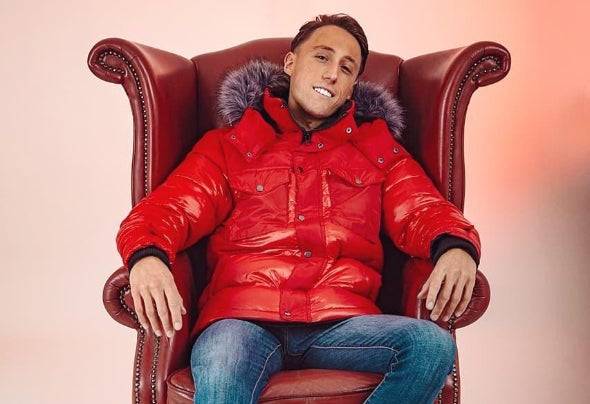 Born and raised in Chichester, West Sussex, Fred Symonds is an artist on an impressive trajectory. Like many, Fred’s journey into clubland began in his mid-teens and has frequently flourished over the last decade. Since his first show in 2013, Fred has continued to make strides - as he continues to garner the attention of labels and bookers around the UK and further a eld. Introduced to house music by his parents from a young age, Fred has always had his sights on being a DJ/Producer and playing to the masses. Inspired by Deeper Purpose, Max Chapman, Luuk Van Dijk, Nightfunk, Dimmish and many more, Fred’s sonic signature comprises robust rolling basslines, bumpy beats and captivating vocals, emphasising groove and energy. A frequent fixture on the south coast of England and far beyond, Fred is no stranger to clubland whatsoever. Some of his most notable bookings to date include The Arch (Brighton), Lightbox (London), Ministry of Sound (London), Panama (Amsterdam) and Itaca (Ibiza), as well as The Astoria (Portsmouth) and Phi Phi (Thailand) where he has held residencies. Away from the dancefloor, Fred’s relentless work in the studio has seen his catalogue of releases constantly expand. Already signed to FREAK Records, Happy Techno Music, Odd Realm Records, Lit Music and Toasty Beats, his work has received continuous support from Will Taylor, Deeper Purpose, Alex Bowen, Lexlay, Lance Morgan and many more. To add to label releases, his free download series on SoundCloud continues to garner the attention of listeners and artists alike. Having already played alongside some of the industry’s most respected names including Latmun, Richy Ahmed, Hot Since 82, Cloonee, Will Taylor, Mark Knight and Leftwing:Kody, Fred is ready and primed to put his foot back on the gas with more releases and bookings that will see him excel into 2021 and beyond.