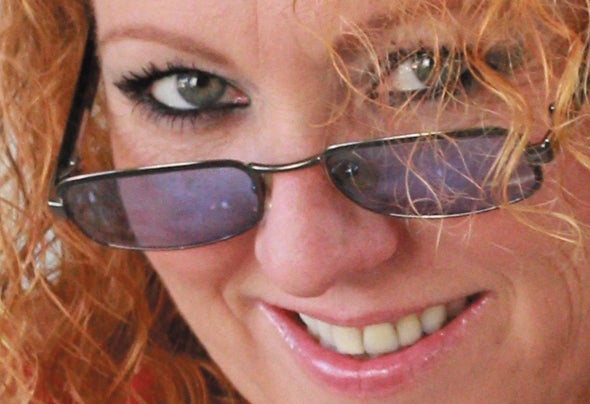 Focusing on Tech House and highly influenced by the Ballearic Sounds of Ibiza, as a dj, Teresa delivers a range of House that sounds funky, Latin, minimal, underground or even sometimes hard driving and moves fluidly from style to style to capture and keep a dance floor.After completing three tours to Spain in less than 18 months, Teresa has developed a distinct sound that brings the heart of Ibiza to every performance. Teresa has played at five different venues in Ibiza thatinclude The Orange Corner, Eden Rooms, Viva, Godfathers and the world-renowned Club Es Paradis and at the Urania Disco in Montijo Spain on the mainland.As a producer Teresa has generated sales for her releases in more than 23 countries, charted on the Beatport Minimal Top 100 in July 2011 with the Pete Maguire remix of her track "Gotta Groove", publishes a monthly iTunes syndicated podcast, "Ibiza Beach", and is collaborating with multiple global producers for many releases in the upcoming year on both Roja Records and other labels.In June 2010, Teresa launched Roja Records with full distribution on Beatport, iTunes, Amazon, Rhapsody and 200 other online retails and cell content providers. With a steady stream of releases, the label is gaining global recognit ion and building a t alent ed t eam of quality artists in addition to solid relationships with other labels for remixes and collaboration work. In its first year Roja Records saw three different releases reach the top 100 on Beatport in their genres with the most notable, El Afrikano by Maycol Benett, reaching #16 of t he Minimal T op 100 in Sept ember 2011 and holding in the Top 100 for more than three weeks.