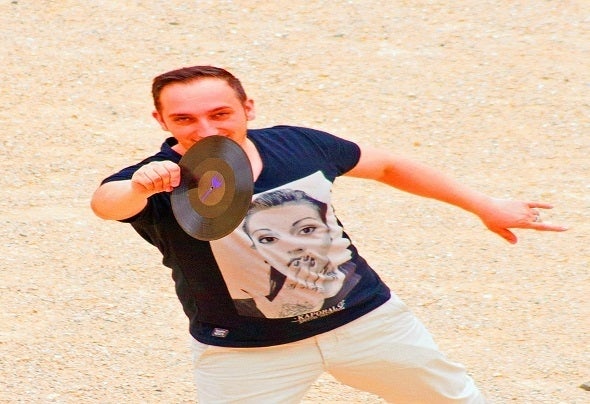 Dj Marjanski , aka M. Trajanov , originally from Macedonia was already a teenager fascinated by electronic music. Beginning of the new century , he bought his first turntables and started to mix music for themselves personally , at first only a trance, from 2004, he began also to House up to be keys . At first it was difficult to get into the DJ scene . In 2006 , DJ Marjanski got the chance as a DJ in Residential Liquido Club hang up. He could prove to be so and also expand and could the commercial music genre in his own mix . He brought his own style , mixing more electronic beat with the original music. But the dream of DJ Marjanski was to produce his own tracks . DJ Marjanski looks back with pride on the past year. For him it was a very successful year . He could hang up in different club in the whole of Switzerland . In 2013 he laid with swiss renowned DJs and so came in contact with producers, as early as 2014 it was possible DJ Marjanski 3 Tracks , " Hands up ", " Pump it up" and " Sunshine in my heart" , with the cooperation of thrillin Music Records : to produce . He has a lot of fun to produce his own music and listen. He has if he can hang up his own tracks even more joy because he puts on music for the party guests . His motto is "Music for the People" . Proud father of a 2 year old boy , he has dedicated his first song "Sunshine in my heart" his son Stefan . DJ Marjanski has in his record bag to produce many ideas for more years Tracks . We can look forward to. Stay Tuned !