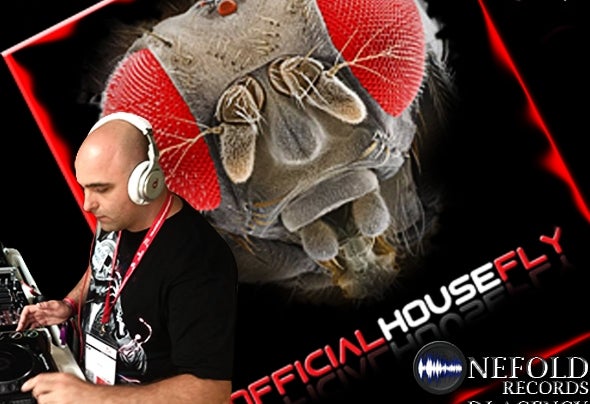 “HouseFly” brings you his first release “Nothing Left” with Joe Killington after dj’ing for 15 years and working under his alias “DJ Makka” producing and releasing a debut garage album. Brought up with a huge musical background and a love for a wide range of music as a young teenager he played rhythm guitar in his own band but in 1995 decided to change musical direction and learn how to dj.He started off playing Commercial House (which would now be referred to as Club Classics), having a love for House he always tried to incorporate a few House classics into his club sets. After good sales of his Garage album “Not An Easy Game” he decided to return to his roots and redirect his energy and skills back into House music and you can guarantee “HouseFly’s” debut album will be even better than his alias’s album.After holding a successful show on radio for 10 years, HouseFly started his brand new show at London, Essex & Kent's Force FM 106.5. After the management of Force Fm decided to cease transmitting HouseFly went back into the studio for more production work and re joined forces with mc/Vocalist Joe "2ton" Killington.After remixing a one of Joe's tracks "Heat Of The Night" (Produced By Street Boy) All three of them decided to join forces and create a production team "Shades Of House". They have since been busy in the studio Producing and writing tracks which will soon become available for all your ears. HouseFly then got in contact with Distant Soundz after hearing there Brand new garage anthem "Fairytales" and remixed the track in true HouseFly style. The track was released in April 2012. He then followed up with remixing their next track "Crying For London" which is due for release 5th August 2013 on Nip n Tuck.