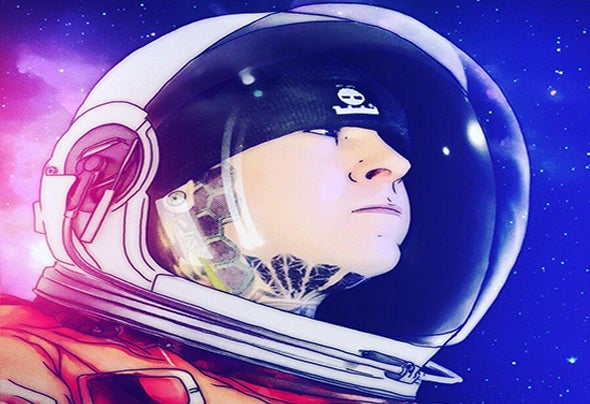 Chi No is known to bring big live energy through his original tunes that spit out slamming beats, buzzing bass lines, and his "HYPE" approach to delivering his music. Chi No is known for spinning a variety of genres including house, drum and bass, progressive, techno, electro, breaks, hip hop, and dubstep during his live sets. These mixing and production skills helped him to quickly secure slots at the Strathcona for their Rooftop Sunday's "Blackout" night and to DJ many other live shows at Victoria's biggest & best nightclubs including Distrikt, Capital Ballroom, Boutique, Touch nightclub, Sonica After hours, Splash Bar and Pool Deck, and last but definitely not least Sunset Room. Furthermore, Chi No won the Victoria Nightlife Award (VNLA) for "Best Breakout DJ" over lots of tough competition. Since then Chi No has been invited to play many venues, shows, and festivals; allowing Chi No to spin alongside International DJ's including The Crystal Method, Adventure Club, Borgore, Designer Drugs, Stickybuds, MSTRKRFT, Borgeous, Felix Cartal, Torro Torro, Savant, Paul Anthony, Atomique Hooligan, and Sub Antix. As well Chi No has been dipping his hands in the production world with releases on record labels across many global distribution platforms such as beatport iTunes, Apple Music, Spotify. You can expect big things this year as Chi No wants to share his electronic music dreams with the world!