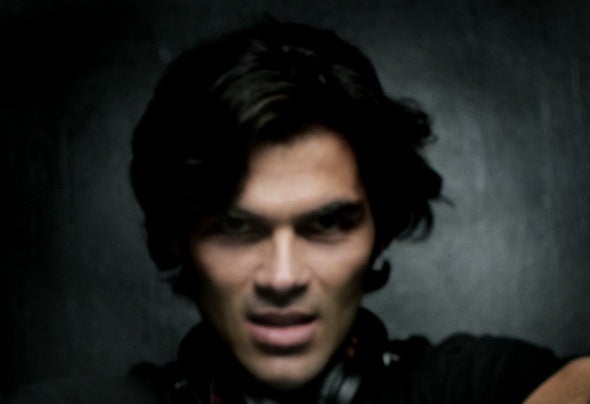 As a native of Milan, Lorenzo Calvio has been inspired by an environment internationally renowned for creative talent in fashion and design. In breaking away from the city's enduring tradition in visual arts, Calvio has joined a growing movement of emerging Milanese producers and DJs entering the electronic music scene.Following his retirement as a professional footballer in Italy, Calvio established Kitsch Bar, a free-spirited venue serving Milan's emerging visual artists, photographers, and designers. Coupled with his desire to pursue his deep-rooted passion in music, he introduced early tech house and ambient track releases under the production moniker Audio Instinct.Since 2004, Calvio has artistically expressed himself as resident at Kitsch Bar, where he draws on his musical inspiration. Fresh to the international club scene, his sets blend deep house, electro, minimal, and tech house styles to induce the feeling of what he describes as l'emozione collettiva - "collective emotion".This focus on creating emotion through music is the foundation to Calvio's production work, and forms the basis of the musical journey experienced through his DJ sets. While an eye for fashion is fundamental to Milanese artisans, Calvio maintains that there is nothing extraordinarily fashionable about his principle aim - to focus on emotionally charged music.In his three years as producer, he has already released tracks on such labels as Apparel Music, Loco Records, Music Taste Records, Soundmen On Wax, Tanzbar Digital, Total Wipes, and 911 Recordings.His most recent release, Dreams & Passions, marks his debut full-length album released on Little Angels Records, label of deep house production duo, Harley&Muscle. In the spirit of growing a collective musical consciousness, Calvio has now expanded his vision with Soundset Boulevard, live mix sessions inviting the finest in underground house music to Milan.