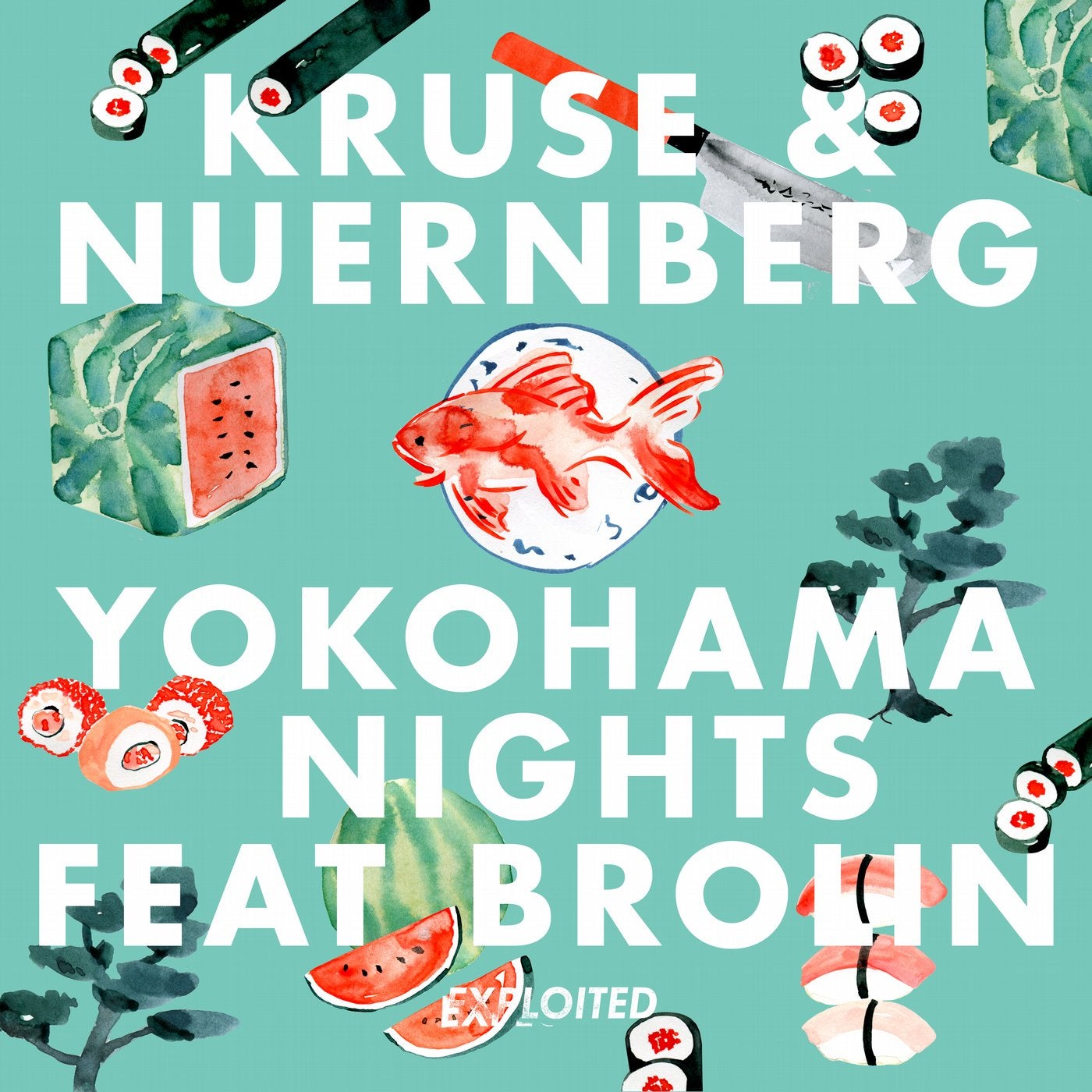 Kruse & Nuernberg have been a constant presence in the spotlight of the house scene for a while now. Growing their own style, always deep but intense and bouncy, flirting sometimes with soul, sometimes with techno and always with an overall feel of good vibes and energy translated directly into moving feet and rump shaking in dancefloors all around the globe. They have released music on various labels such as Liebe*Detail, Rejected and Lazy Days (where they released an album in 2012). Not only have they produced remixes for Matthew Dear, Groove Armada and Dennis Ferrer, theyve also had some of their tracks reworked by Wolf&Lamb, Spirit Catcher, Fred Everything, Tom Middleton and Vincenco. Yokohama Nights is the follow-up to their Lost N Free EP with Brolin which they released on Off. Their collaboration with Brolin marks a different step of K&Ns career taking their music to new, unknown more song-orientated territory. Brolin has been a favourite on Pitchfork, Dazed, The Guardian, Dummy, Pidgeon and Planes and Noisey. The UK producer and Phantom of the Opera fanatic (we can only assume by his choice of maskwear) sings in an eery, seductive mode over sinewy synths and a chattering, dry beat. Perhaps to add a little more definition to Brolins work, hes named each of his available songs so far after different cities (NYC, Lisboa and Reykjavic). On his collaboration track with Kruse & Nuernberg he sings about Yokohoma Nights in Tokyo, Japan.