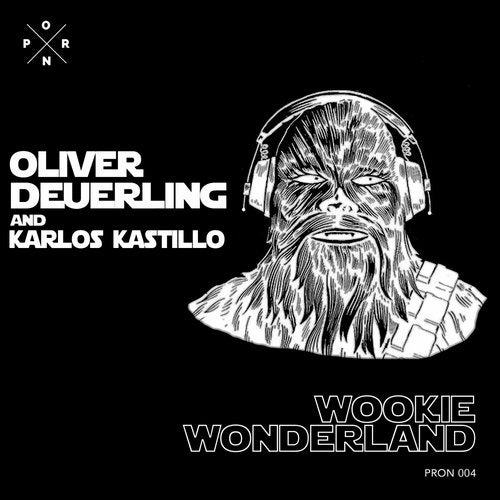 For the 4th release from Pron Records, we are absolutely ecstatic to have none other than critically acclaimed producer/engineer Oliver Deuerling and his Wookie Wonderland EP. Oliver has been producing since 1992 and has amassed a very impressive catalogue of works ranging from Television and cinema scores to being a mastering engineer for major underground labels such as Cocoon. He has produced tracks for Get Physical, Cocoon, Terminal M, Love Harder Rec., Cecille, Heinz and many more. The title track on Pron004 is a barn burning tech house joy ride. Oli brings the heat here, slowly building a tribalized rhythm with a deep and dirty vocal worthy of the Pron title. I want to F**k a Wookie Well, now so do we. For the remix we are proud to have Latin American impresario Karlos Kastillo providing us with a brilliant remake of the original. Chunky beats and a chopped version of the vocal make Karlos remix a track for all seasons. We hope you enjoy Pron004 as much as we do!