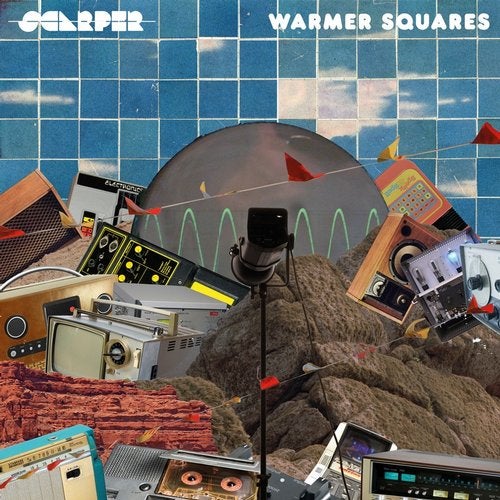 Over the past few years, a string of releases has seen London-based producer Steve Young aka Scarper win over fans as wide reaching as Laurent Garnier and DJ Food, not to mention finding the time to help build a label who's records have landed in the collections of Daddy G, Mixmaster Morris and Plaid. 'Warmer Squares' is his debut full-length and follows single 'Lacuna', a highlight from the album, released alongside a stunning promo vid courtesy of rising motion-graphics star Letty Fox.

Not straying too far from the old-skool sounds explored in his previous releases, Scarper offers up an unashamedly nostalgic, serotonin-drenched trip for his debut album. Rich in Kraftwerkian melodies and with an almost pop-sensibility, Steve Scarper delivers his signature strand of playful and fun electronica over a backdrop of classic UK Rave, Ambient-Techno and Braindance. Keeping things simple and immediate throughout, you're left with a piece of work which displays a refreshing lack of pretension and chin-strokery, with a winsome, occasionally lo-fi, and often good-humoured charm at it's heart.

Laurent Garnier "This is brilliant, Love it!"