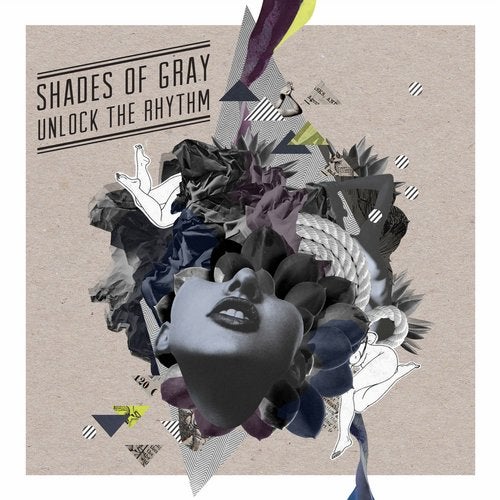 Three years since their critically acclaimed debut LP Soul Machine, which was included in DJ Mag's top 50 albums of the year, Shades of Gray return with their follow up full length, 'Unlock The Rhythm'.
Shades of Gray are Czech national Michal Ruzicka and Aussie Nick West and together they have been producing since 2005. As well as releasing on labels like Lost my Dog and Om Records, they also run their own label, Beef Records and are known for their uniquely emotive and sensual take on deep house sounds, both as producers and as DJs, playing everywhere from Barcelona, to Prague, Berlin to Sydney.
As the title implies, this album has its focus firmly on the dance floor and is loaded with richly layered cuts that have an underlying complexity that is the signature of the SOG sound. Written mostly in two fervid sessions whilst on tour in the European summer of 2012 and Australia in early 2013, the album captures the energy and immediacy of life on the road.
"When you only have two weeks in the studio between gigs, you really need to trust your instincts and let the ideas flow" says Nick West. This really shows through in the rawness of the cuts on the album. 'Night at the Spice Cellar' is a great example of this and was spawned when the boys were at a friend's club listening to a funk band. They sampled the keyboard riffs there and then on a phone and later turned them into this infectious track.
Elsewhere tracks like 'Slave to the Rhythm' feature disco frazzled synth lines and hip swinging claps, 'Disappear With You' is riddled with live sounding, organic percussion and 'What's your Vice' is all sensuous and late night.
"The connection between the club and the record is palpable, we would be in the studio in the morning working on material and then testing the tracks that night in a club," adds Michal Ruzicka of the more direct jams like the tech-funk of 'Unlock The Door' and 'Tonight is the Night'.
The album will be released with vinyl sampler (2 originals + 2 remixes),a full version on CD & digital and remix packages will follow featuring reworks by Smash TV, Chmara Winter, Kuba Sojka, Terry Lee Brown, Nathan G, Kruse & Nuernberg, Layup & Schwa. Before that, though, there is already a lot to enjoy because Unlock The Rhythm is that rare type album that captures you on first listen but has that distinctive SOG nuance and depth to draw you back in again and again.