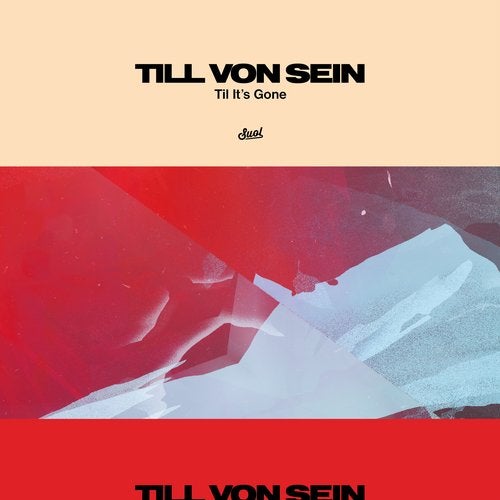 Till von Sein is one of the absolute mainstays of Suol as well as the German House scene as a whole. After many successfull releases with us, he now returns with a brilliant new three track EP entitled 'Til Its Gone'.

We begin with '3Phase', where Till builds up the track in his trademark style, first laying down a simple but effective Moog-style bass line, adding in layers of subtle drum and percussion programming. High strings gently fade in and out, a lead synth joins the party and before you know it youve been sucked into the groove much too far to escape, so you just enjoy the ride and smile at those chirping little sounds whizzing around your head while you dance.

More cowbell you say? 'No Stoppin' has got that covered and more. Serving up a whole bunch of polished weapons from the Disco-Funk arsenal, this one is a brand new bag of treats for the discerning funkateer. Strings, Rhodes, Strats, bells and whistles (literally) - its all here and put together so nicely, its pure delight.

Track three is 'Wanna Be'. Like the other two its an instrumental, and who needs vocals when your groove is funky as hell and your lead melody tells a better story than many vocals ever could? A little bit of Carribean flavour adds even more to the feel-good-factor of a track that already oozes positivity throughout.

Turn up the volume and get on down!