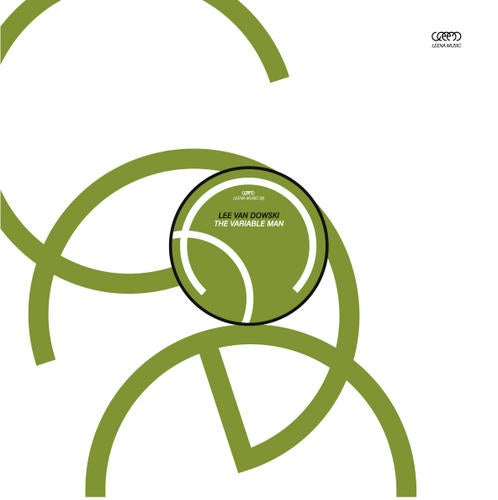 French artist, Lee Van Dowski of NUM and Cadenza lowers eyes and draws lips to partial smirks with his charming and witty release. „The Variable Man,“ based on the title of a science
fiction story series from the 50’s, is brilliantly transmitted through a tunnel of sound engineering
and audio design by Lee Van Dowski.
Lee’s electronic rendering of „The Variable Man,“ distinguishes several dominant male voices accumulating a rhythmic momentum to the peak of the track, a peak where an orgasmic flow
just stops short of the central explosion, fundamentally, fading the instrumentals before revamping again.
The b-side of the track, „Thomas Coles Lives,“ co-produced by Agnès, comes alive with a fascinating mix of symbols and keyboards.
„The Variable Man“ is Lee’s second release on Leena music, after his first 12“, „Louder Elvis,“ in collaboration with Agnès appeared on Leena in 2008.
Both tracks express very minimalistic tones yet are characterized by rather divergent instrumentals and beats.
To learn more about Lee Van Dowski, please visit
www.myspace.com/leevandowski
Myspace.com/leenamusik