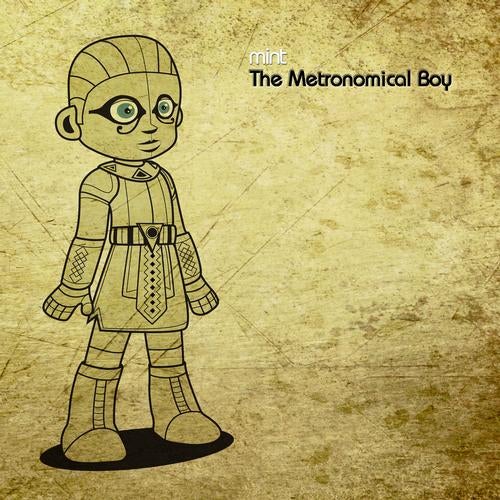 "The Metronomical Boy" is Mint's third studio album, and brings together a collection of cinematic, glitch and electronica tracks ranging through playful, dark, ambient and upbeat. The album's beautiful artwork unifies the audio with an introduction to the story of The Metronomical Boy, as retold below... "In September 1932 the Norwegian Archaeologist Tor William Gudmundsen undertook an excavation near the Kharga Oasis, Egypt. The tomb he discovered had lain undisturbed since the time of the Pharaohs, and its central burial chamber contained the sarcophagus of one of the Pharaohs sons. Alongside this knelt a mechanical figure, resembling a boy of the same age, clearly built as a companion for the Pharaohs son. The incredibly advanced, and perfectly preserved mechanism still functioned with rhythmical precision and the automaton smiled, and slowly bowed to greet the explorer. Confounded but delighted by the discovery, Gudmundsen dubbed him The Metronomical Boy. He took the boy with him, and in the weeks that followed observed the boys gentle nature and desire to learn. Returning home on his daughter Inas 9th birthday, Gudmundsen introduced her to The Metronomical Boy and a lasting friendship was immediately born. Ina took it upon herself to teach the boy whatever she could, and the pair shared many adventures from that day on."