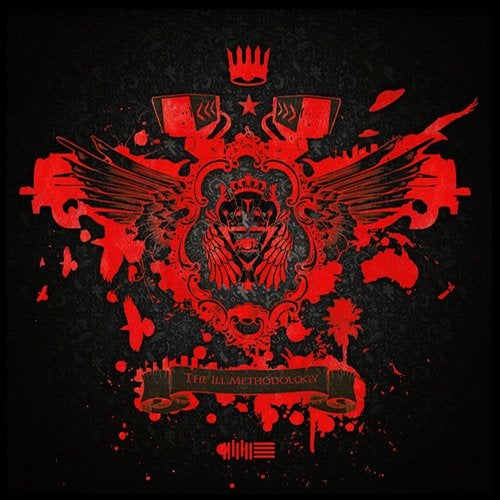 The ill.Methodology made iTunes, Beatport, JunoDownload and Addictech Top 10 charts so we had to do the tunes justice when choosing remixers, the result is this coming series featuring top producers in a range of genres. On this EP the styles range from funky Glitch Hop from Mr Bill and SubSqwad to Dubstep bangers from Satoru and Stephan Jacobs, Drum & Bass and Jungle smashers from Jacky Murda and Snareophobe, booming bass in Trap format from Bad Behavior and then even some experimental flavors added for good measure by Fine Cut Bodies and Circuit Bent.

At this point its easy to say ill.Gates is one of the most dynamic emover and shakers in Electronic music, being a man at the forefront of production with tunes that have made the Top 10 Charts on iTunes, Beatport, Addictech, JunoDownload and many more, he has also been one of the leading Ableton template developers for production and performance for many years and the number of touring Glitch Hop and Dubstep artists (including the likes of Bassnectar) that he as either helped with their production / performance setup or collaborated with (Datsik, Mimosa, Beats Antique, Filastine, Opiuo ... ) or merely inspired them to get of their ass and create something, it is now an understatement to say ill.Gates is a creative force to behold and impossible to pigeonhole.