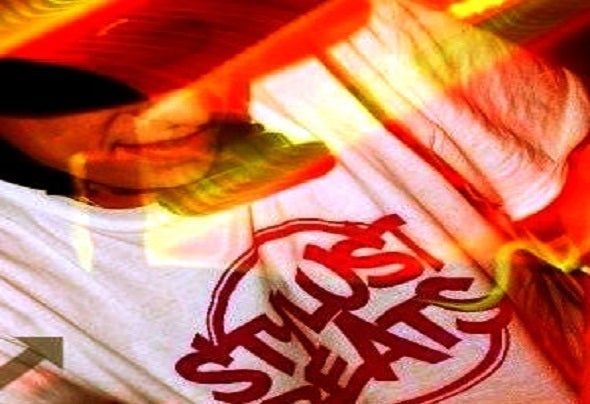 Starting off as a multi genre DJ in 98’ Stylust quickly got into the hip hop production game contributing to the local scene as well as being lucky enough to work with mc's all over the world such as THE GAME (Aftermath,Black Wall St.), FREEWAY(Def Jam), SOUTH CENTRAL CARTEL, DOVE SHACK, , FREESTYLE(ARSONISTS), NGA FSH(Project Blowed),MAESTRO, SWOLLEN MEMBERS, EMOTIONZ, KYPRIOS and many more. After starting SoundVibe Records with Emotionz in 2009(releasing his solo album “KUSH”), Stylust has focused back on Dj’ing and Producing but now in the dubstep/Bass Music arena’s. This powerful performing duo has been tearing down every venue with enough bassbins to hold them down. Look for them at festivals and clubs in your area as they’re touring schedule gets heavier everyday. Stylust’s production quality has caught on quickly in the Bassmusic world catching the eye of BASSNECTAR who asked him to remix his smash tune “Cozza Frenzy” which was released Jan 2009 on bassnectar’s website as part of the Cozza Frenzy remix pack 1. Since then Stylust has 2 upcoming releases with 2 different label’s DUBFRONT(Chicago) and MONKEY DUB(Montreal). Stylust has also released 2 mixtapes in the short time with loads of self-produced exclusives and remixes. The most recent being “Welcome to Dubrock” packed with rock influenced dubstep anthems. Look out for many more releases and collaborations from Stylust as this producers work ethic is second to none.