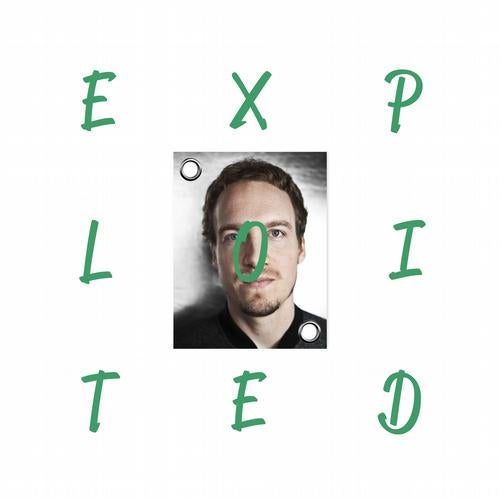 As Kitsune recently stated:
'The Daft generation is everywhere around us and shows no sign of drying out. In Düsseldorf, Lorenz Rhodes doing his bit and occasionally strikes gold.'
Lorenz Rhode has disco balls for testicles and crushed velvet for chest hair, an inhumanly funky being with an inhumanly funky catalog of music.
For Kitsuné Maison 14 Lorenz Rhode teamed up with Jamie Lidell on 'Any Kind Of Pressure'. Here is a little video of them performing the song which is part funk jam, part disco freak out, like a meeting of Stevie Wonder and a New Jack Swing house band at a tropical disco campfire bonanza:
http://youtu.be/l7YBgko_gNs

It's been nearly 2 years since his last release on Exploited. Meanwhile Lorenz remixed Moullinex for Gomma, Yelle for Kitsune, Strip Steve for Boys Noize, Cassian for Bang Gang and a few others and played shows all over Europe.
His comeback 'Superficial Robots' on Exploited is all laser drums, bubbling bass arpeggios, 808 snares and Herbie-ish chord riffs featuring the voice of Coco Solid from New Zealand of dance-outfit Parallel Dance Ensemble who released an album on Permanent Vacation last year.
On the remixtip Exploited features producer of the moment: Jimmy Edgar from Detroit - whose tracks on Hotflush, K7! and Warp have became essential for many DJs worldwide.
Jimmy comes up with a totally new interpretation for the clubs - keeping the robot groove alive like Berghain techno:)

Totally Enourmous Extinct Dinosaurs: Nice release. Jimmy Edgar Remix is wicked as always. And thank you for sending something that isnt Deep House.

Huxley: Jimmy Edgar Remix is doooope. Original is cool too.

Noir: Jimmy Edgar Remix is the one for me. Original is pretty interesting too.

Sinden: Both tracks are working for me. More mileage from the Jimmy Edgar mix but the original I prefer to listen to.

DJ Feadz: The remix is good! Thank you!

Justin Miller: Jimmy can turn anything into instant gold.

Jaymo: Lorenz is a real talent - love this.

Homework: In 2004 I bought a 12" called Access Rhythm and it would be one of my most cherished slabs over vinyl for years. The producer of that EP was Jimmy Edgar - a man I've held in high regard ever since. His remix is just awe inspiring. Brings me back to the moment I first heard his unique brand of music. Thanks for this!

Trickski: Hyperactive but great! J.E. is on fire!

Mercury: Dooooope. Jimmy you're my hero...

Moonbootica: Vacation on Rhode Island! Remix is nice too.