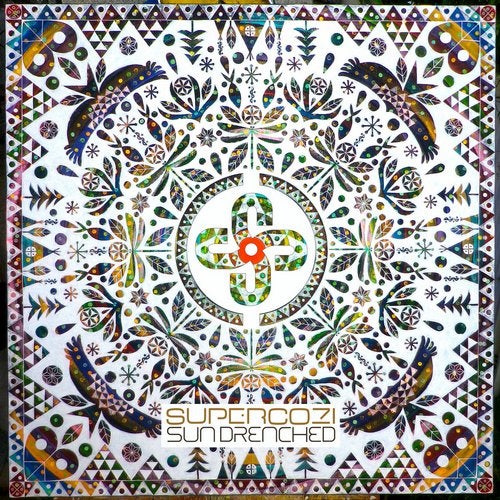 Filled with sun tripped out bass and psy-glitch tribal grooves, EP ' Sun Drenched ' is truly an achievement for Japanese producer / DJ Supercozi ( a.k.a Cozi Till ), also one half of Zen Lemonade, psychedelic & progressive, tech-trance duo with Gus Till.

Kundalini and Cozi had a long musical affair spanning over 14 years. When Zen Lemonade's now Goa-trance classic debut album ' Lemon Soul ' came out from legendary Dragonfly Records in Spring 2002, Kundalini was the first party organiser to give them an opportunity to deliver a live set for their album launch. Kundalini has remained a loyal supporter ever since, even after Zen Lemonade moved their base to the ' Island of Gods ' Bali from the UK.

Cozi has continually invested her passion and love for free style electronic music into her solo work. She released 3 solo albums between 2005 -2015, blending techno, psy-dub, psy-glitch, ambient, dubtronica, eclectic down beats and glitch-pop into her musical exploration, and release by release, she has successfully built up a loyal fan base around the world.

Cozi returned to play at a Kundalini party in October 2005 after the release of her first solo album, and delivered an impressive live set just before Dr. Alex Patterson ( The Orb ) took to the Sun Drenched Tribal Groove stage. For Cozi, who for many years had been a fan of The Orb, this experience was inspiration for the beginnings of ' Sun Drenched ' and immediately after she came back to her studio, surrounded by the jungles of Bali, began work.

Like a good wine the project was left to mature and develop for 10 years, with Cozi occasionally giving it some experimental renovation. And finally production was completed during her intensive 5 weeks studio work creating a show for Warp Stage Radio - a popular internet Radio station run by the Kundalini crew in London which broadcast on 29th November 2015.

Cozi composed / produced 4 brand new tunes for her show. And all of them are now featured into this EP. Beside the powerful title track ' Sun Drenched ', her kind of tribal grooves push the psychedelic horizon with psy-glitch funk ' Freak Jam Toast ', heavy weight psy-glitch ' Sky Me Away ( Supecozi Psy-Glitch Remix )' , and floor stirrer ' Barefoot High ', plus 4/4 kick tech-house version of ' Sky Me Away ( Original )', giving a total of 5 tunes in a gorgeous package to deliver an early welcome Spring groove.

Please follow her and get more up to date news on www.facebook.com/supercozi