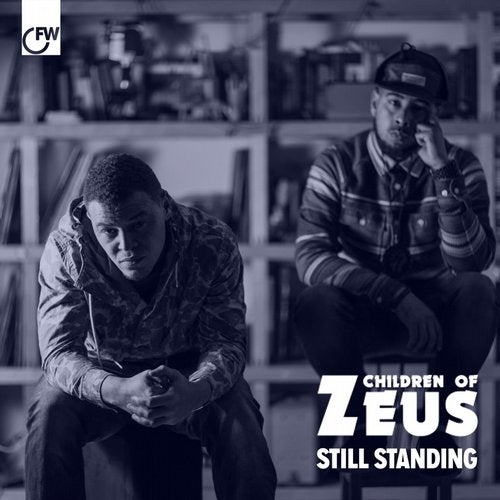 'Still Standing' is the debut single from the latest signings to First Word Records Children of Zeus. COZ is a soul project from two of Manchester's most respected artists Konny Kon & Tyler Daley. Konny Kon is a DJ, MC and beatmaker best known as one third of Broke'N'English alongside fellow Mancunians DRS and Strategy. Tyler Daley, also known as Hoodman went from being a respected MC and actor to one of the most in demand soul singers of recent times, lending his vocals and writing talents to music from Soul II Soul's Caron Wheeler, 50 Cent, Lisa Mafia, Bugsy Malone and more.

Whilst the likes of Dub Phizix, Chimpo, Zed Bias and Levelz are making waves in D&B, Bass Music and Grime, Children of Zeus came to break the trend and bring a soulful side that is much needed to continue Manchester's rich musical history. Over the last few years the duo have been releasing tracks through their Soundcloud, generating daytime radio play and legions of devoted fans. They are now finally ready to commit some of these recordings to wax with two tracks that represent the sound that they describe as 'future classic soul for sophisticated hoodrats'. 'Still Standing' is a Bilal-esque slice of neo-soul, a love-letter to the mother's that raised them, whilst on the flip 'No Strings Attached' blends dusty soul samples with a tale of life on the road and the temptations it brings. Look out for COZ's debut live show in London later this month and more new music very soon.