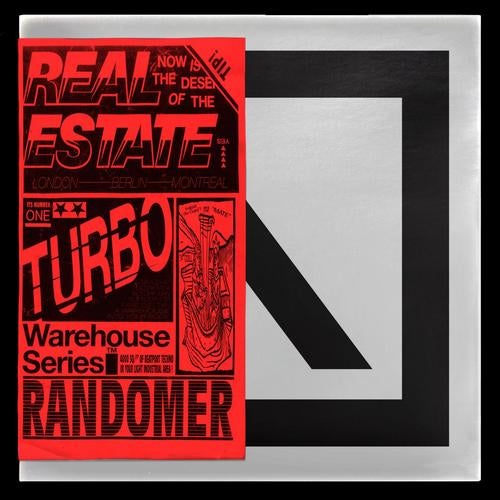 TURBO launches WAREHOUSE SERIES with London's RANDOMER. In a few short years, Randomer has developed a dedicated cult following, with exceptional releases on some of the UK's most respected underground labels - Hessle, Numbers, and Hemlock. Having recently branched out with his own white-label imprint, the North London producer now looks to conquer the rest of the world with this release on Tiga's emergent techno powerhouse, Turbo Recordings.