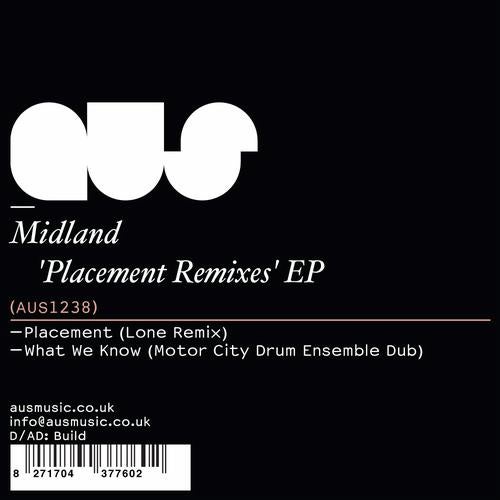 Hot on the heels of Midland's Placement EP, Aus returns with a remix 12" featuring Lone & Motor City Drum Ensemble. Both producers deliver deep, melodic reinterpretations of the originals, with Lone accentuating Midland's signature sound (whilst flawlessly incorporating his own neon tinged atmospherics) and MCDE dubbing out the original, pushing it into throbbing Raw Cuts territory.Both producers are at the top of their game. Lone is dominating 2012 with a residency at Manchester hot-spot Hoya:Hoya, a full length dropping in May via R&S that will surely occupy the top of many year end lists, and remixes for Radiohead, Tensnake & Underworld already under his belt. Jazz enthusiast Motor City Drum Ensemble's sample-based Raw Cuts series made him a household name within the deep house scene and last year's DJ-Kicks mix set him apart from the pack with it's on point mixing and musical diversity. His notable November 2011 Boiler Room set is considered one of the finest, and is just another example of why MCDE has been, and will remain to be, a musical force to be reckoned with.