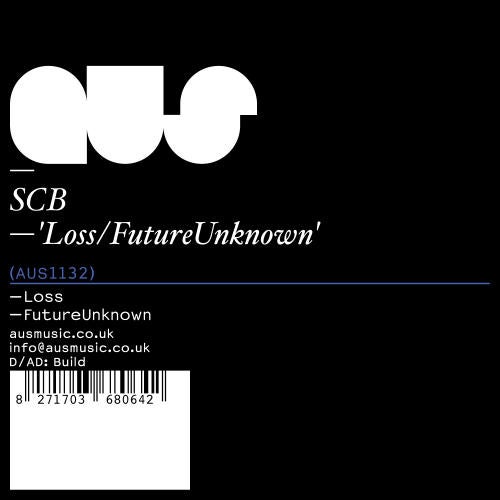 SCB is a house/techno project by Paul Rose, better known as UK bass pioneer and Hotflush Recordingsowner Scuba. SCB was born in 2008 with a now-seminal rework of Hard Boiled from the first Scuba album,A Mutual Antipathy, and has since developed with two full 12s and remixes of Mount Kimbie and PhilKieran amongst others.'Loss / FutureUnknown', on Will Saul's Aus Music imprint, is the first original SCB material to surface outsideof Roses own circle of labels.

'Loss', with its spacey melodies and repeating vocal slices, builds and buildsinto a slice of pure unadulterated dancefloor joy, very much in keeping with the musical territory occupiedby Aus at the moment. On the flip side, 'Future Unknown', fills out the atmospherics with dark stabs anddriving rhythms which eventually give way to an almost Scuba-esque brand of floating euphoria.