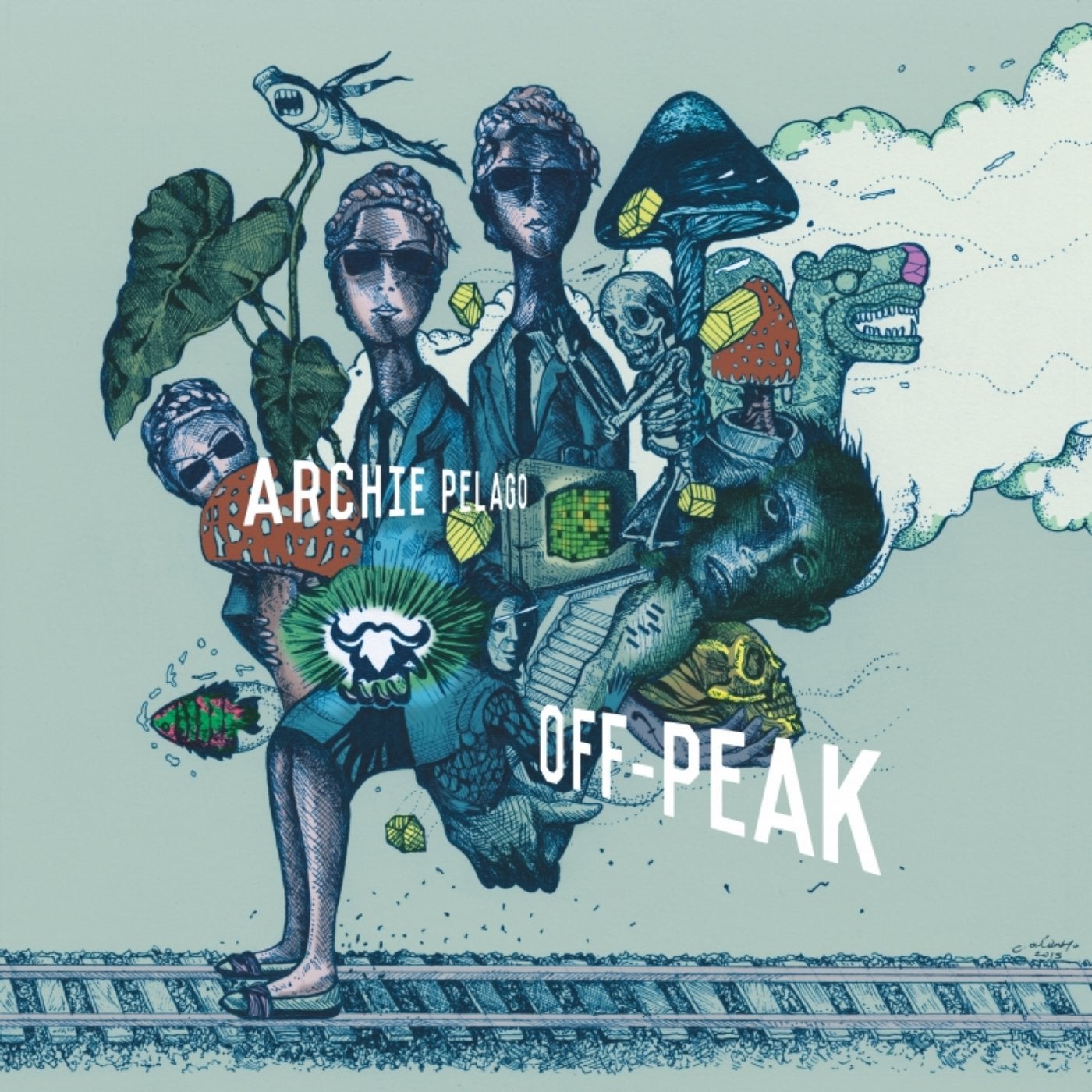 In the game, Off-Peak, released for free by Archie Pelago's cellist Cosmo D, (cosmoddd.itch.io/off-peak), you're stranded at a cathedral-like train station in the near future, searching for a ticket out of town. You can explore the secret passageways, interact with strangers, dig for records, and get hypnotized by the soundtrack - a new batch of never-before-heard Archie Pelago tunes.
The music that accompanies Off-Peak has been stewing in a variety of forms for a few years. With Off-Peak the game, the music is given a particular context and function, soundtracking the player's journey through an original world. The games' themes and messages interweave with the music.
As a standalone soundtrack album, however, the tracks unfurl at their own pace and in their own space, delving into the abstract emotional and sonic landscapes Archie is known for, deeper than ever before. The band brings its full instrumental arsenal to the table, alongside powerful vocals courtesy of Novelty Daughter and Gabe Garzon-Montano.