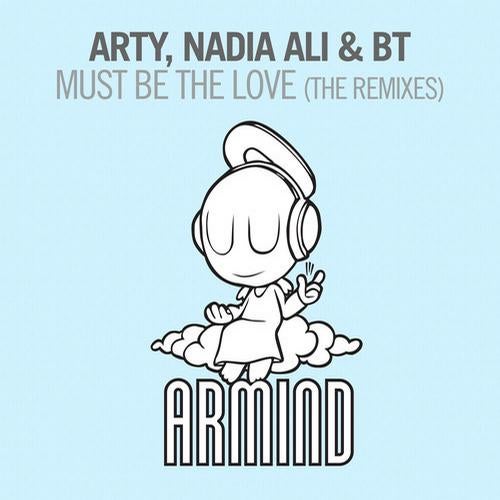 Dance land has been eagerly awaiting what could possibly be the biggest tune of the year. And it sure is. Arty, Nadia Ali & BT's 'Must Be The Love' has been peaking the charts and rocking clubs and does it over and over again, with a fresh set of remixes by upcoming talents Dannic, Au5 and Shogun.

Well worth the wait, 'Must Be The Love' melted the beats of Russian talent Arty, the warm voice of award-winning singer Nadia Ali and the genre-busting melodies of legendary producer BT. Part of the upcoming album of the mastermind, BT has made a grand musical promise by kicking off with this one.

On the remix pack, he invites US based producers Shogun,Au5 and Dutchman Dannic. Shogun, who's built a steady reputation as one of the fastest rising names in trance land, gave the original a twist of deep prog-trance, riding a gentle piano break and lighting the emotional side of the beat-ballad.

Dannic, also known as the guy behind Funkadelic, swept it up with a remix of pure energy, prog-house power and a contagious, rough edge. Au5 made a smoothe prog-trance cross-over mix witch flows and makes its feel like pure bliss.

You'll fall in love with it all over again!

Must Be The Love - The Remixes