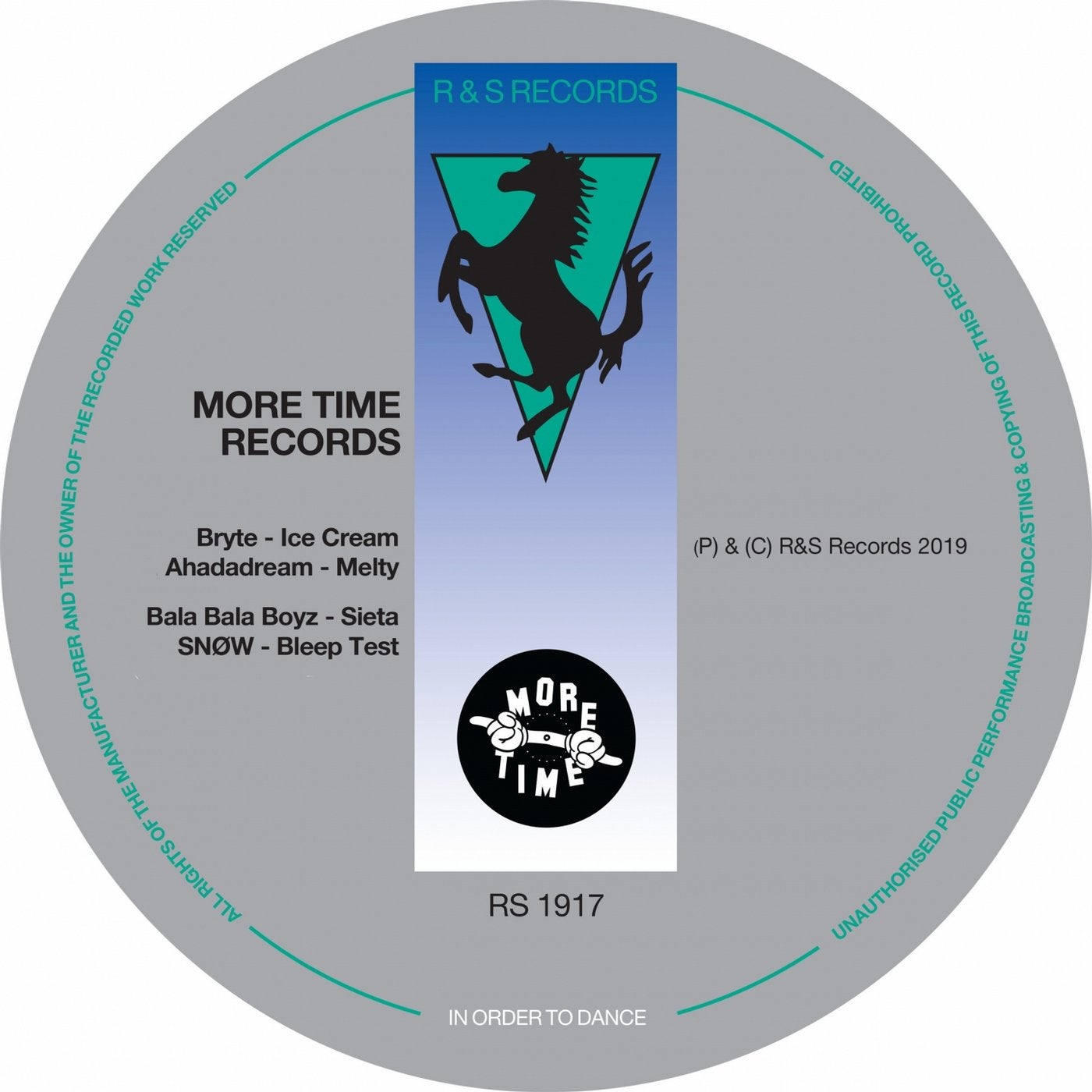 More Time is headed up by DJ/producers SNOW and Ahadadream, their releases reflect an international vision; marrying the sounds of Ghana, Trinidad, Saudi Arabia, The DRC and South Africa with a rugged UK edge that harmoniously circles bass, afrobeats, UK funky, grime and techno.

SNOW and Ahadadream both deliver club ready instrumentals that draw on their love of UK Funky, GQOM, Kuduro and Afrobeats.  Bryte is one of the most exciting voices coming out of Ghana, his track 'Ice Cream' set's the tone for the EP. Produced by regular partner-in-crime, Mina and previous collaborator Tarquin (both from London) - it really summarises the cross contamination of sounds which More Time is a hub for.


Bala Bala Boyz are a group of rappers from London of Congolese descent.  'Sieta' notches up the tempo on a 808 heavy power soca riddim from Trinidad via Bristol production duo Jus Now (SNOW, Keshav Singh)

Since R&S relaunched it's supported new UK artists from its London base.  More Time Records and the wider global percussive club music scene are releasing some of the freshest dance music in London so we're excited to showcase this sound on Volume 1 of this new collaboration.

More Time say of the collaboration:
"We're gassed to be joining forces with and learn from such a seminal label which we've been fans of for a long time. We really appreciate the love they have shown our movement and are really excited for their fans to discover the artists and sounds that we are so passionate about"