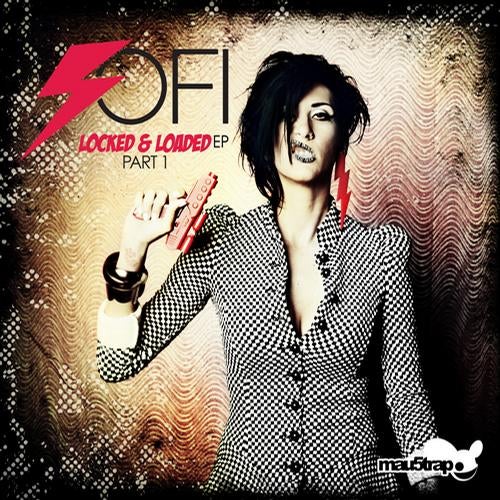 The multi-talented SOFI (Some Other Female Interest) is no newcomer. Having earned her stripes working with some of the biggest names in the music industry, she debuted on mau5trap as the voice behind deadmau5 singles Sofi Needs A Ladder and One Trick Pony from his globally acclaimed album 4X4=12. Now, SOFI returns to the label to deliver her explosive LOCKED & LOADED PART 1 EP, the first of a two-part series, consisting of dynamic collaborations with some of the most exciting electronic talent around. SOFIs LOCKED & LOADED PART 1 EP will be released digitally October 24 exclusively through iTunes and Beatport.

The two tracks featured on it--Broken Souvenirs and Joyride featuring Vulgatron of Foreign Beggars are both collaborations with Brighton-based dubstep renegades Millions Like Us, who have remixed the likes of Hurts, Morning Parade and N-Dubz, and received support from Radio 1. Information on the LOCKED & LOADED PART 2 EP which will be released on December 5 will be made available soon. Broken Souvenirs delivers a powerhouse instrumental, building on a wave of delicate piano and swirling synths before dropping into a sonic onslaught of spiraling bass lines, pummeling drums and euphoric synths while SOFIs spine-tingling vocals soar through the mix. Its video, shot in London earlier this year and directed by The Moonrunners, made its debut this week on UKFDUBSTEP.COM and can be viewed at: http://www.youtube.com/watch?v=LLmUOOQauDI