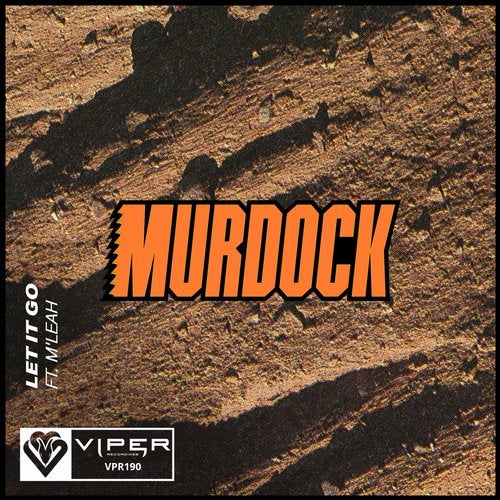 Following the announcement that Rampage Festival owner Murdock was set to drop an album on Viper Recordings, anticipation has been growing around its release. That's because Murdock has been one of the most pivotal figures in bass music over recent times and this isn't just down to his events platform, where he's brought through a variety of acts whilst helping to grow their profiles across Europe. It's also due to his own records, something which has become a part of his identity as an artist; already delivering 'Holding On', his collaboration with fellow Beligan James Marvel, and most recent single 'Dark Cloud' alongside veteran Dynamite MC, the LP has highlighted a striking level of diversity. This is about to be followed in quick succession by his brand new cut 'Let it Go', once again pulling in another talented featuring artist to lend their vocals to Murdock's diligent production standard.

M'Leah adds powerful voice on top of emotive layers of rolling bass and melodies which elevate the track's mood. This is a side of Murdock which he's previously demonstrated, however there's jazzy undertones through its instrumentals that pay homage to the genres which have shaped Murdock's artistic vision. Murdock has previously revealed the extensive list of his inspirators, something which has translated into the music he's pushed through on the Viper Recordings label, as well as many other mainstay dance music labels who have supported his cross-genre pollinations. And 'Let it Go' is another move towards Viper finally unleashing the full musicality that Murdock's LP 'Stronger' has been crafted by. Murdock proves that he is an artist in the truest sense and it's not just his own A&R and line up curations which have gained him international notoriety.