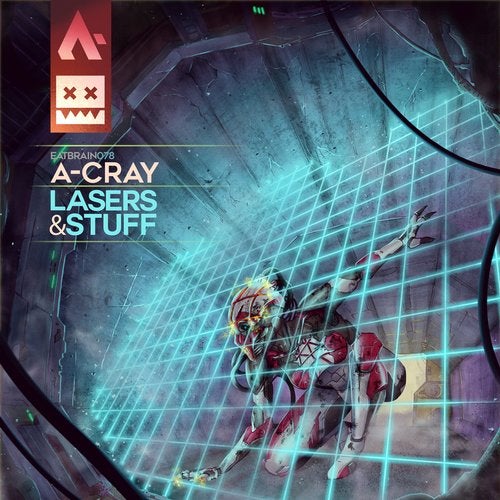 Within the labyrinthine concrete tunnels that sprawled out beneath the city pattered the soft footfalls of an expert infiltrator who moved with grace in contrast to their brutalist construction. Muffled by advanced technology, her movements would have been imperceptible anywhere else save for the desolate emptiness of this place. Another might be driven mad by the path she now walked as it circled and turned with no end in sight, but she had come determined. Hidden within this labyrinth was a vault of minosian value, containing a vast wealth of technical secrets her employer had paid much to acquire. Taking a moment to orient herself, she pondered what might truly be of value enough to be hidden within such a massive complex. Then she chuckled, remembering that the rich always wanted the same thing. ?LASERS & STUFF?, she scoffed ?All they ever care about is the lasers.

After sometime more spent within the byzantine tunnel complex, a new sight availed itself to the infiltrator. One tunnel ran straight forwards, terminating at a massive set of double titanium doors. Interspersed between her and that threshold lay a number of grids of light, burning blue-hot within the otherwise dimmed atmosphere of the tunnels. Within her mind sprung a reverie of another time, thoughts of the ?spies? of old who had used all sorts of tricks to reveal hidden laser grids protecting their prize. Once more a grin came to her face. ?That was before the lasers could kill? she thought as she altered her protective suit, disabling its mufflers and activating its muscular augmentation functionality. Returning her mind's gaze to the matter at hand, she crouched low in preparation for the coup de grace. With little more than a twitch, she catapulted forth from her position, cracking the concrete beneath her under the force of her launch. With impossible speed she shot through the laser grids which had lain before her, the bite of their photons barely scratching the surface of her suit as they found but a miniscule moment's purchase upon its surface. Powered by the momentum of her leap, the infiltrator's fist connected with the center of the titanium doors, blowing them off their hinges with pure kinetic energy. Before her lay a small box upon a single pedestal, what seemed a token reward for her efforts. With nary a thought for its contents she attached it to her suit before once more catapulting towards the exit. The rich could depend on their LASERS & STUFF all they wanted, she thought. People like her would always find a way to beat them.

A-CRAY returns to the EATBRAIN label with the release of his 3 track LASERS & STUFF EP in an electric continuation of his previous audio assaults through the label. The titular LASERS & STUFF rings with the pulsar bursts of a bright snare that emanate above a deviously warped lead and strutting beat. PROXY's overcharged bassline draws on an endless source of cyclical energy as it rises alongside a racing melody in an energetic fusion, whilst WASTED FUNK's chromatic lead and frenzied percussion close the EP as they deliver a devastatingly weighty halftime audio sequence driven by its debauched bassline rhythm. With LASERS & STUFF, A-CRAY marks his first full solo EP o