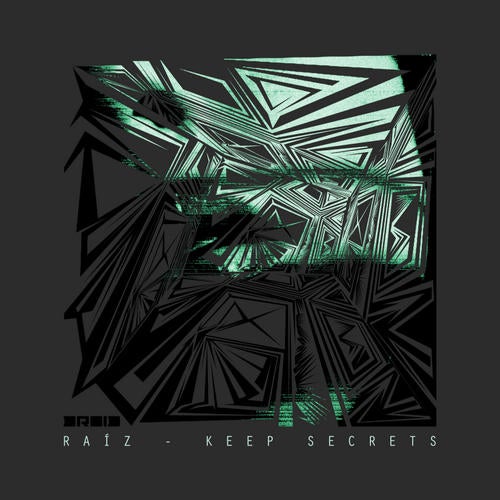 The Enigmatic duo behind much of Droid Behavior's activity, Vangelis and Vidal Vargas make their debut on Droid Recordings as Raiz. Raiz marks a new sound and message for the label, bringing a deeper sound to the power and grit. The Raiz project first appeared on Historia y Violencia with the dark dub track NUEVA, which made waves last spring for the label from techno's epicenter, Berlin. The duo delves into an exploration of atmosphere, psychedelia, and themes of emotional disorder with the Keep Secrets EP.

On remix duties are like minded music veterans James Ruskin of Blueprint UK and Jerome Sydenham vs Function of Ibadan / Sandwell fame.The title track develops slowly but surely into tougher dance floor territory with jagged percussion structures across an odyssey of eerie, spacey synth work. When the breakdown hits, crowds will be begging for the next hard hitting chapter to unfold... and it delivers. On the flip is Been Caught, and equally deep cut with enough groove to keep audiences moving at any time from peak hour on.Vibrato chord progressions accompany detailed sound design, chilling vocal snippets, and big room ready drum programming.

The new found collaboration of Jerome Sydenham and Function impressed industry and fans alike on CLR's spring series of vinyls. The duo bring a similar vibe to this remix of Keep Secrets, which adds a new dub element and vocal rework to the original. Percussion is thickened, and all song elements are re- sequenced and reinterpreted for the hardest of DJ sets.

James Ruskin injects the original drum track with a dose of steroids on his remix of Keep Secrets. The resulting impact is big enough to blast the proverbial dust off any Funktion One. Ruskin sets his focus on the synth lead, reminiscent of 90's techno purity, and adds his own touch of experimentalism to the resulting form.The unique sequencing of his interpretation becomes clear in its second half when things become serious and slightly solemn. Despite the presentation of darker emotions on this cut, the energy is never compromised. This remix stays dance floor essential and psych ready.