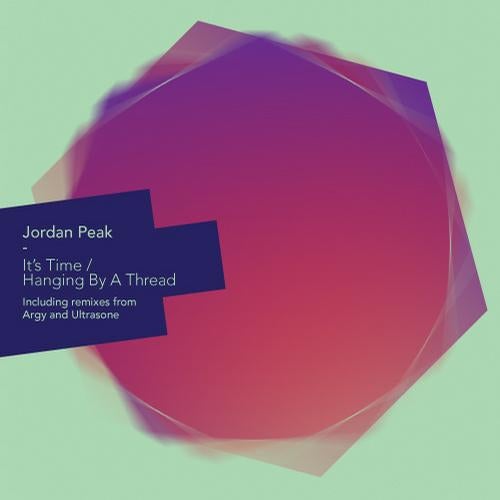 The Air London imprint marks its tenth release this January, entitled Its Time / Hanging By A Thread by heavily hyped artist Jordan Peak. Backed with remixes from Argy and Ultrasone to boot.

Jordan Peak had a fantastic year in 2012, after being tipped as One To Watch by BBC Radio 1 and Mixmag. Jordan not only lived up to this but exceeded as an artist, releasing with many of the underground house industrys leading labels, such as 2020 Vision, Morris Audio, Robsoul, OFF, Silver Network and One Records.
This stands as testament to Peaks ability to craft raw, gritty house music infused with warmth and soul.

The release opens with Its Time, a heady slice of deep house embracing crunchy distorted drums, an infectious shuffle and a penetrating sub-bass line. Peak plays on an amalgamation of vocals, chopping and manipulating them to create their own melodic movement. Bright synth chords and a dubbed-out stab line are introduced to the latter stages edging the cut into 3am territory.

Next up is Hanging By A Thread, taking things into a deeper, trippy direction. Peak incorporates resonant acidic synths and swirling filtered synth lines to create a psychedelic record thats seemingly ever-evolving for the initial first half. The latter stages see things stripped back to weighty drums and the hypnotic acid line wildly modulating, the result is once again captivating electronic music with a neatly polished production.

The B-Side offers up remixes, the first of which comes from Visionquests very own Ultrasone, the Belgian duo of Igor Vicente and Vernon Bara deliver a loop-driven interpretation of Its Time that features rolling organic percussion and sporadic, heavily manipulated vocal chops as its driving force. The duo play on this for its near nine-minute duration, introducing a drawn out synth line to the centre stages, further fuelling its progressive,
evolving vibe.

To close the release Greek producer Argy turns in a mix of Its Time, and as expected from the Cocoon and Poker Flat artist the rework is driving, bass-driven business. Argy uses the original version as a model and skilfully layers his signature touches on top, instilling elongated background delays, subtle filtering
and a bouncy sub-bass to create a raw, energetic remix.

Its Time / Hanging By A Thread