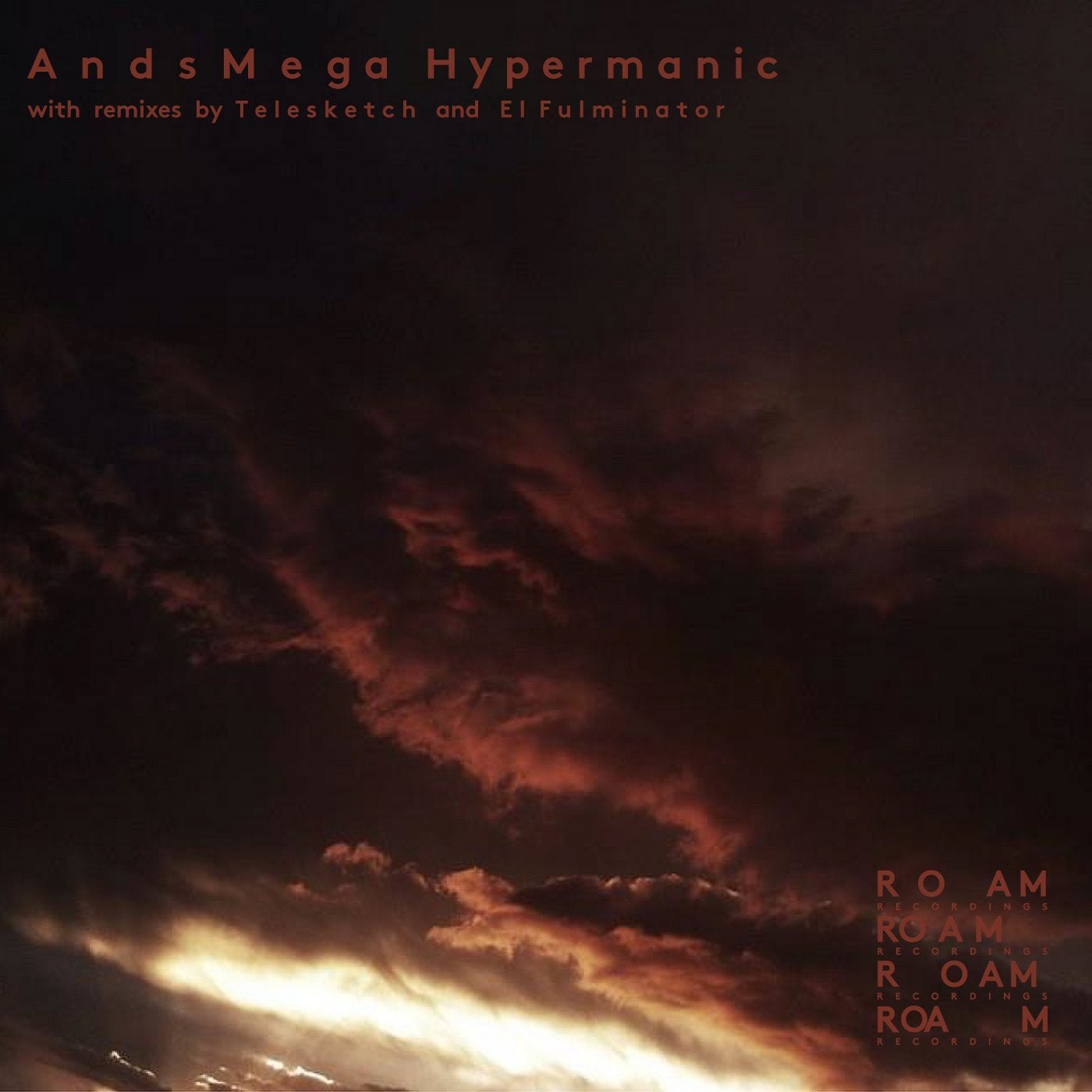 Ands Mega (AKA Andres Gomez) is a young music producer from Puebla City, Mexico, who specializes in chuggy techno and creative electronic music 'without limitation'. After releases on Logical Records, as well as cuts for Nein, Play Pal, and others as part of the duo FLXXX, Ands Mega makes a bold statement on Roam Recordings with 'Hypermanic'. The track is awash in dark synths and throbbing bass, building steadily over seven minutes with its delightfully foreboding groove. The cut is dynamic and special, evoking John Carpenter film themes and the European underground in sound and melodic flavor. Two remixes accompany 'Hypermanic', led by a version from Madrid-based producer Telesketch (Logical, Nein) who adds a more insistent rhythm and a gloriously huge mid-song breakdown. El Fulminador (Fulmen Records), hailing from Berlin-via-Argentina, follows with a version of 'Hypermanic' that gets into a spacier and sexier zone. The original's 'chug' is there, enveloped in obscure pads, gentle keys, and mysterious vocal snatches. It's another captivating release from Roam Recordings, signaling an ambitious 2017 release schedule.