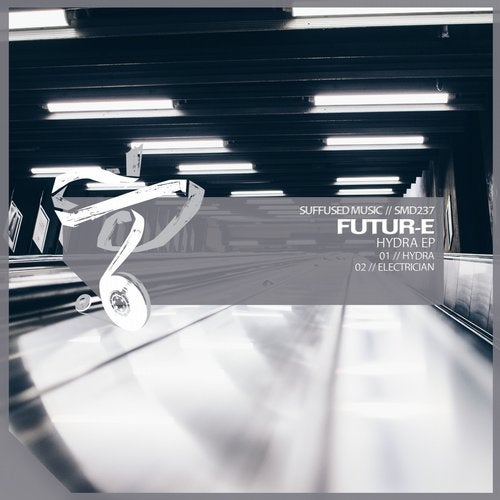 Hailing from Eleusis, site of the "Eleusinian Mysteries", home to the most famous secret religious rites of ancient Greece, Stavros Karavasilis has been involved in electronic music for a number of years. Under his Futur-E soubriquet the Greek producer returns to Suffused Music with his twin-track "Hydra EP".

With a background in studying music theory, keyboard and harmonium, Karavasilis' first foray into electronic music saw him work alongside DJ M92 under the Midnight Pulse pseudonym. Gradually finding his own musical path under various alter-egos until 2007, 2008 saw the birth of his Futur-E moniker with a debut release on Future Lovers in April 2011 and the "Anatomy" EP. Some 200 production credits later and the Futur-E name has found itself writ large across the underground dance scene with a potent blend of techno, progressive and tech house releases to his name.

Work for Traum, Manual Music and the globally renowned Tulipa Recordings has found Futur-E at the vanguard of the melodic techno sound that has become so prominent in the current dance music scene. Indeed, it is with the latter, that Futur-E has had a string of impressive releases including 2017's "Cosmos" and "Chromosome" EPs.

August 2015 marked the Futur-E debut for Suffused Music with a standout remix of Oovation. Now returning with a debut original EP, the title track is a carefully constructed gem that delights with its angular rhythmic framework and cavernous bass pattern. Building in seamless fashion, rapid-fire percussion and carefully placed melodic motifs provide the basis for an automated vocal phrase to lament the over-population of earth and a solution to the problem from "Hydra, a new artificial intelligence character". With a distinct science-fiction flavor to proceedings the introduction of a slightly unnerving arpeggio phrase creates the perfect narrative for the "Hydra" story.

Similarly, "Electrician" contains the Futur-E sonic hallmarks as a beautifully shimmering offering revels in a collage of melodies and intelligently placed motifs. A rich bass groove adds substance and delayed plucks add a subtle incongruity as they build in intensity to create a truly unique flavor post-breakdown. Backed by a framework of rolling groove and head-shaking rhythmic flow, the result is an innovative and original work.

Rising from the deep with a power and purpose, Futur-E is out to take on the world with "Hydra".