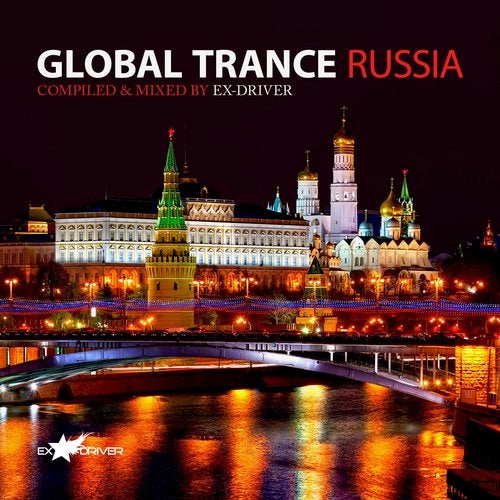 The Global Trance series hits its 4th volume, this time focusing on Russia - a country renowned for exporting talented artists and ground-breaking productions.

Taking up the reins on this one is a DJ and producer who is no stranger to success, having appeared on the decks, albums and playlists of many of the worlds elite including Armin van Buuren, Paul van Dyk, Paul Oakenfold and many more.

As you would expect from a man of such talent, Ex-Driver appears on several of the tracks and has used his professional ear to select some of the very best tracks and artists that Russia has to offer.

Unusually for an album that is packed with so much original material, all of the tracks are available in their full un-edited glory to back up the mix, which in itself stands proudly as an example of DJing at its absolute best.