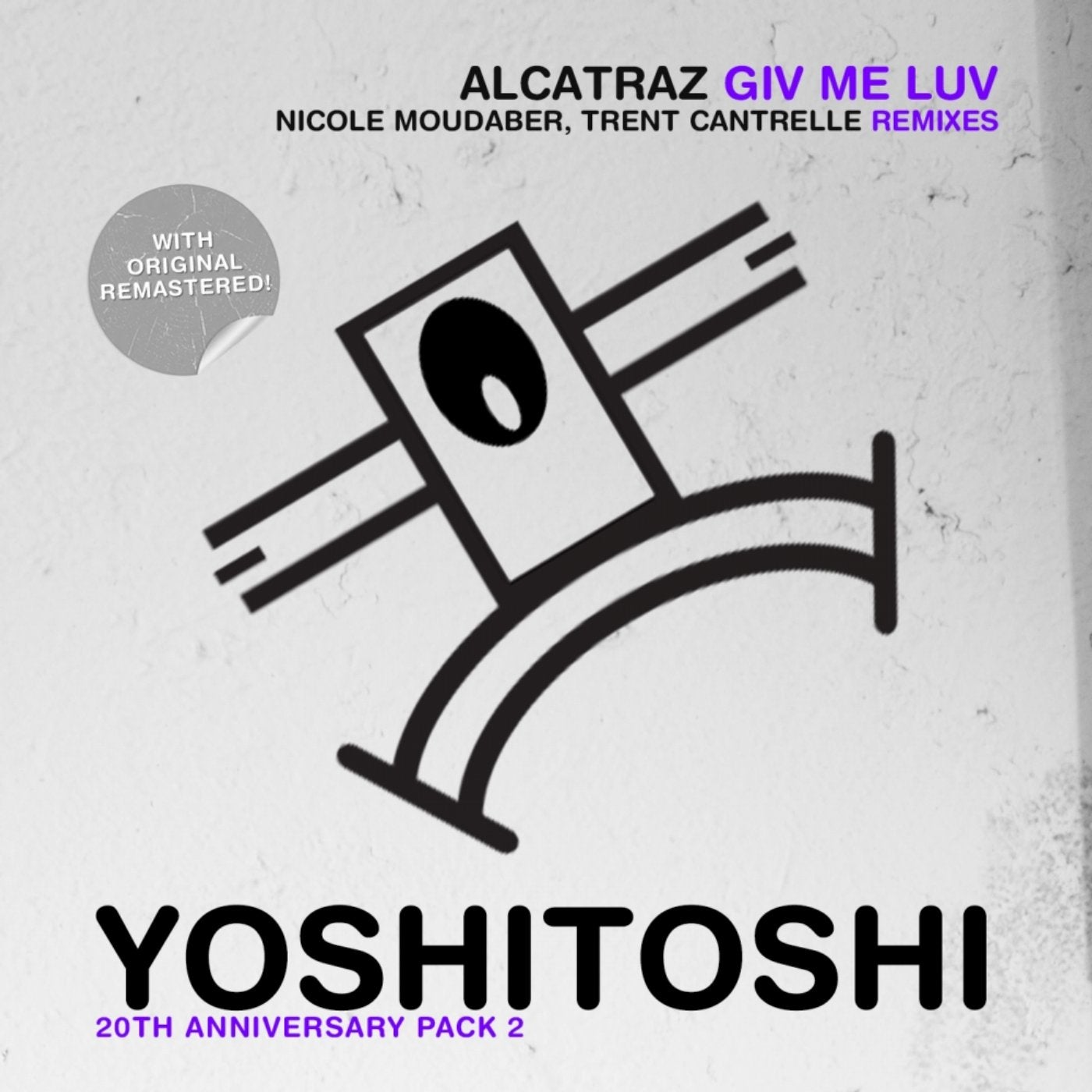 It takes a lot to achieve the status of legendary or era-defining in dance music, its sands shift so quickly artists, genres and labels have often come and gone before you realise. So its with some pride and deserved justification that Yoshitoshi marks its 20th anniversary with celebratory remix packages of its most iconic tracks. Already riding high in the Beatport charts with the success of the Uto Karem and Robosonic mixes of Eddie Amadors House Music, the latter of which has spent the past month in the overall top 5, the label now plans a one, two punch with the follow-up: Alcatraz seminal Giv Me Luv. We thought long and hard about how we scheduled this 20th anniversary project, says label boss Sharam, little point launching big and then following up with a whimper so we deliberately chose Alcatraz for this difficult task. But the challenge didnt end there; a massive record still deserves a massive remix and I think its safe to say we found the perfect woman for the job... Step forward undisputed techno titan Nicole Moudaber who leapt at the opportunity to remix the track. Ive got so many fond memories of Giv Me Luv, it was one of my favourite tunes from my formative clubbing days, recalls Nicole happily, so, when Yoshi mentioned the idea of me remix-ing it I just couldnt say no. In fact I was so familiar with Alcatraz I was already awash with ideas of what I could, or should, do with it. As I got into the mix one of those ideas just grew and grew, namely an extended breakdown that constantly builds; layering the memorable vocal to an intense pay-off and (hopeful) moment of real dancefloor drama. Nicoles humble description doesnt quite do the end result justice, which is a modern, masterful take on the classic. Her iconic techno beats, dark twisted stabs and arrangement of that bassline drive toward the mentioned break, which will undoubtedly rival the fireworks of any impending NYE celebrations. In fact, expect this track to be THE soundtrack to many a dance floor come the all important hand-over to 2015. And, just in case that werent enough, Yoshi has also secured the skills of Tent Cantrelle to deliver the perfect deep house foil to Nicoles techno ferocity as Sharam concludes, We wanted a real slice of contemporary funk from the companion mix. Yoshi is synonymous with exploring the line between deep house and techno, perhaps no more so than during its formative years, so this re-mix completes the package perfectly.