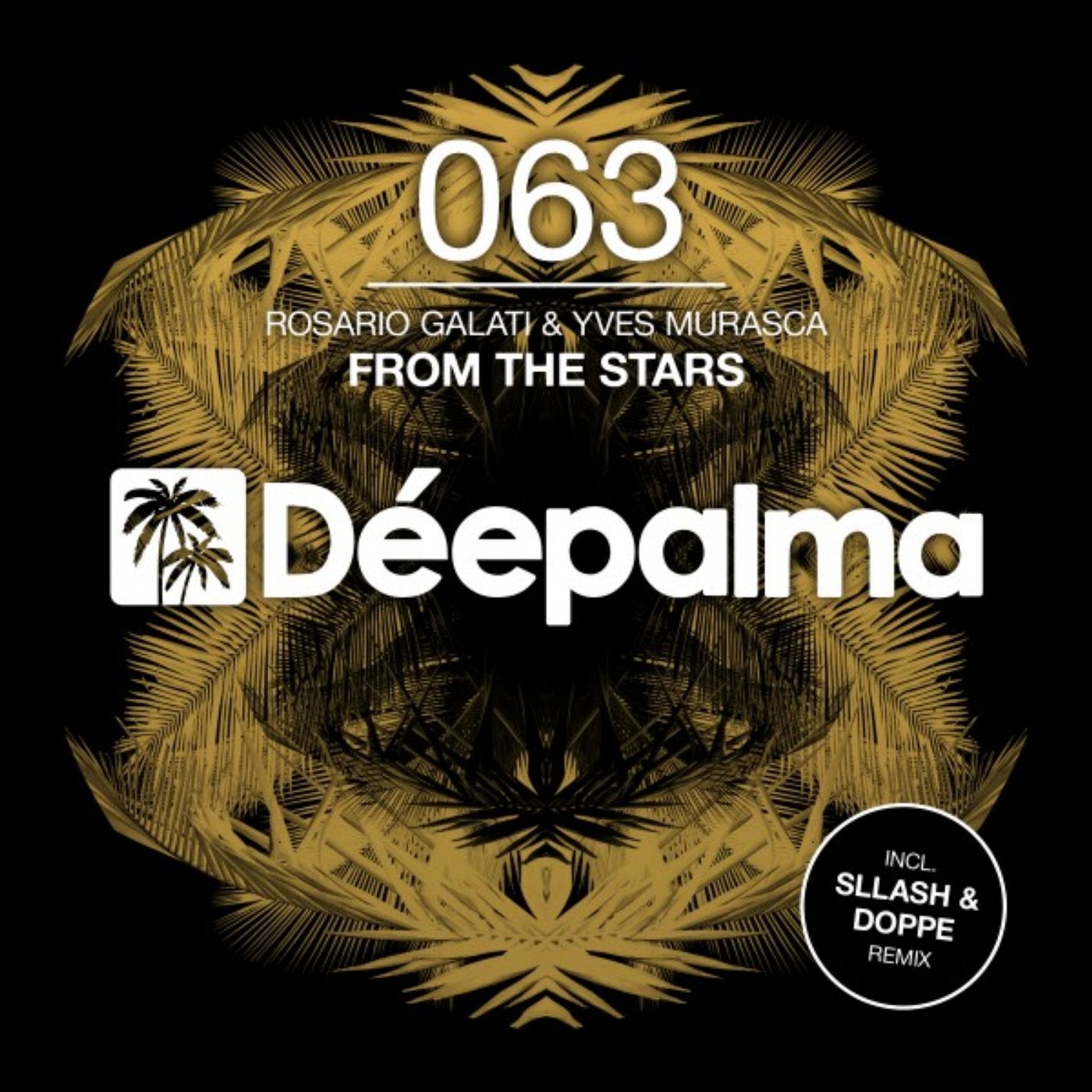 Italy's Rosario Galati and Déepalma Records founder Yves Murasca once again team together to deliver their new summer-tinged single 'From The Stars', featuring Sllash & Doppe on the remix.

Launched in 2013, Déepalma Records has established a consistent discography covering House, Deep Disco and Deep House, with a roster spanning Giom, Piemont, Satin Jackets, Lexer, Vanilla Ace and Tapesh just to mention a few. Another talented regular on the label is Sicilian producer Rosario Galati, a frequent collaborator with Yves Murasca on imprints such as Déepalma and Kittball when not making appearances on the likes of Kingstreet or Milk & Sugar.

The close friends' new single 'From the Stars' beams with positivity as modest kick drums and sultry melodies dance around a heady bassline, resulting in a true winner geared for the summer. On the other hand, the Vocal Mix incorporates a collage of chopped vocal coos around the original's anthemic piano chords before Sllash & Doppe serve up a moody remix where minor keyed melodies and crunchy percussion generate a low-slung groove.