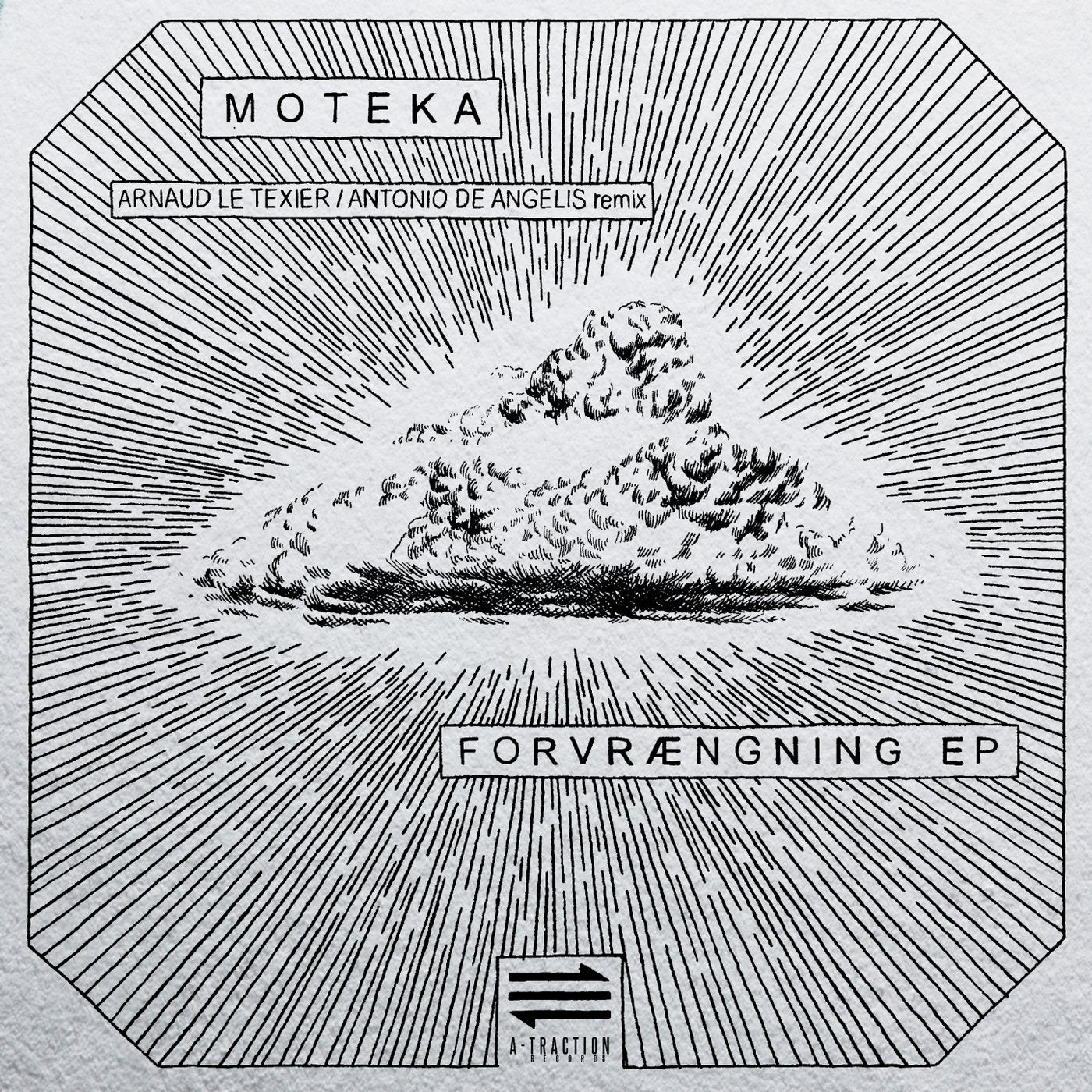 Dijon, France is the home of A-TRACTION records, a label with an eclectic back catalogue that covers
everyone from DJ Hell, Traumer aka Roman Poncet, Madben and Dima aka Vitalic.
The forty fourth EP is from Marseille based Moteka, who has been picking up a head of steam with a string
of releases on Florian Meindl's Flash, Electric Rescue's Skryptom and Joton's Newrhythmic for example.
Previously having featured on A-TRACTION as a remixer, he now appears with excellent original tracks.
Two diverse remixes complete the EP, seeing Arnaud Le Texier and Antonio De Angelis contributing even
more quality.
London based veteran Arnaud Le Texier heads up the highly respected Children of Tomorrow label, whilst
seeing his music released on Cocoon, Affin and Marco Bailey's MBR Limited to name but a few.
Antonio De Angelis is another Londoner who is in close quarters with Arnaud's Children of Tomorrow
alongside fantastic releases on Weekend Circuit, Dynamic Reflection and Affin.
Title track "Forvrængning" is blistering and powerful from the offset. Tool like with a dark pulsing rhythm,
the subtle transitions and vocal hook propel this into the stratosphere.
Arnaud's rework brings an educated twist to proceedings with a much more hypnotic and funky feel, with
additional freaky and angular melodies. This oozes organic progression, retaining the demented edge of the
original along with an intelligence that he always delivers so well.
"Polyrhythmic Overdrive" is a feisty beast too, lead by a rolling tom drum that loops it's way into your
consciousness, the accenting hats and sweeping industrial aggression is met later by harmonic layers adding
a tense yet sensitive feeling to the unbridled chaos.
The final track is the remix by Antonio De Angelis, dubby and sparse, it soon gets going with a
mesmerising and poignant melody shaping the journey. Hypnotic and engaging, this moody, stripped back
take draws a wonderful picture of detailed production and all round class.