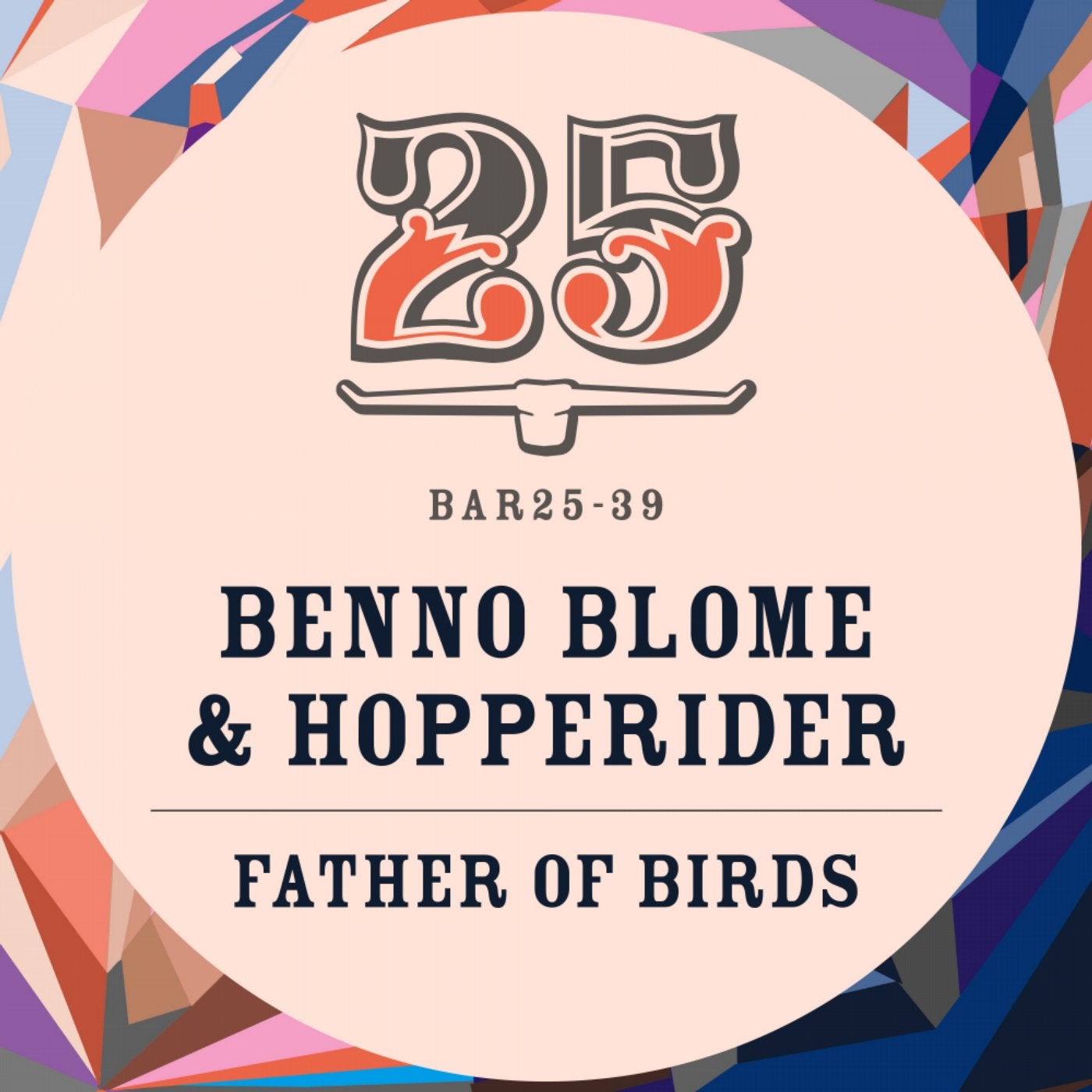 The festival summer is just ahead, which is why we are doubly thrilled to present you the release 'Father of Birds' by Benno Blome & Hopperider! The original track 'Father of Birds' has all you need to enchant a sunny day: catchy melodies and a driving rhythm. Fish Eye Collective has supplied the remix to complete the package. The original track is also featured on the new compilation series 'Kaleidoskop', beginning with this release by Benno Blome.

About Benno Blome:
A constant state of flux - this is the Benno Blome modus operandi. A DJ and producer dedicated to making a seamless transition from decks, to venue, to city, and from day to night. The obsessed multi talent has been operating since the mid-nineties and based on his model of reinvention the former Bar25 resident has helped influence the sound of electronic music; through his DJing, production and as a label boss.
Blome began DJing in his native Cologne and on the eve of the millennium he launched Sender Records. He would eventually move the label east to Berlin. As a result, Sender has gone from strength to strength. A label distinguished from its inception; for its consistent A&R work and a keen eye for talent. 'With reduced and straight tracks, the label became one of the mainstays of German Techno universe.' (De:Bug Mag)
Benno Blome consistently breaks new ground with his sets. An understated and transcendental force, Blome creates something orginal with his unique approach to DJing. His unorthodox style, generates an inclusive atmosphere and keeps his crowd in a frenzied state. With releases such as the 'Braitbendnoodles Ep', the opulent after-hour head-movie 'Eramina', the improvised piano-house-sessions of 'Piano Roll' or his 'Go Loose EP', Benno Blome's productions open up a colourful and complex universe of sound, with electrifying atmosphere and a magnetic attraction. Along with his solo releases Blome has collaborated with label mates, Tigerskin, Baby Ford and A Guy Called Gerald and released on labels Highgrade, Bar25, Great Stuff and Time Has Changed.
With his diverse productions, Blome has a platform for every creative impulse. While Sender Records has made the dance floor its home, 'Eramina' represents a break from the norm. With its trippy radio plays and cult movie dialogue it takes the listener on a cosmic journey, through electronic galaxies.
Benno's next musical venture promises to surprise, nothing less than we've come to expect.