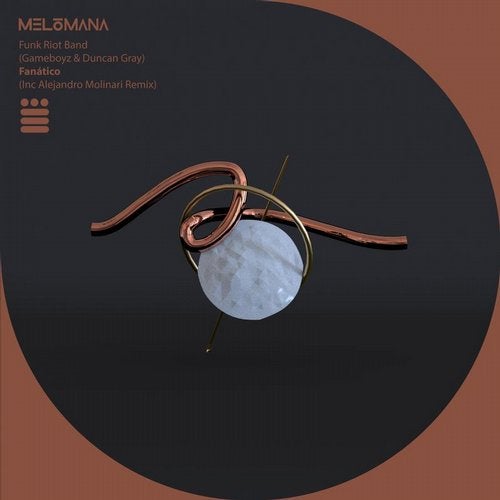 'Funk Riot Band' is the group composed by the producer Duncan Gray, owner of the Label Tici Taca, and the three memebers of Gameboyz. They open a new reference to Melomana Records with a new criterion to the electronic music contributing something fresh to the industry. By the use of analogic percussions, this union shows as a result 'Fanatico'; a genreless work, but still raw and powerful. The LP contains four tracks, with a great rhythm, hypnotic beats, funky guitars and a bassline, leaving the darkness behind. The main track 'Fanatico' plays with simple and magnetic formulas, very popular in Gameboyz and Duncan Gray. This track is followed by 'Fucking Black Hole', a track with a great energy. The third track is 'What funk is it'. This track contains a bassline and adds a captivating element. Closing the LP.

'Fanatico' is not just the debut of Funk Riot Band, but the bet of a new sound created by the marriage of Gameboyz and Duncan Gray. The electro of tomorrow.