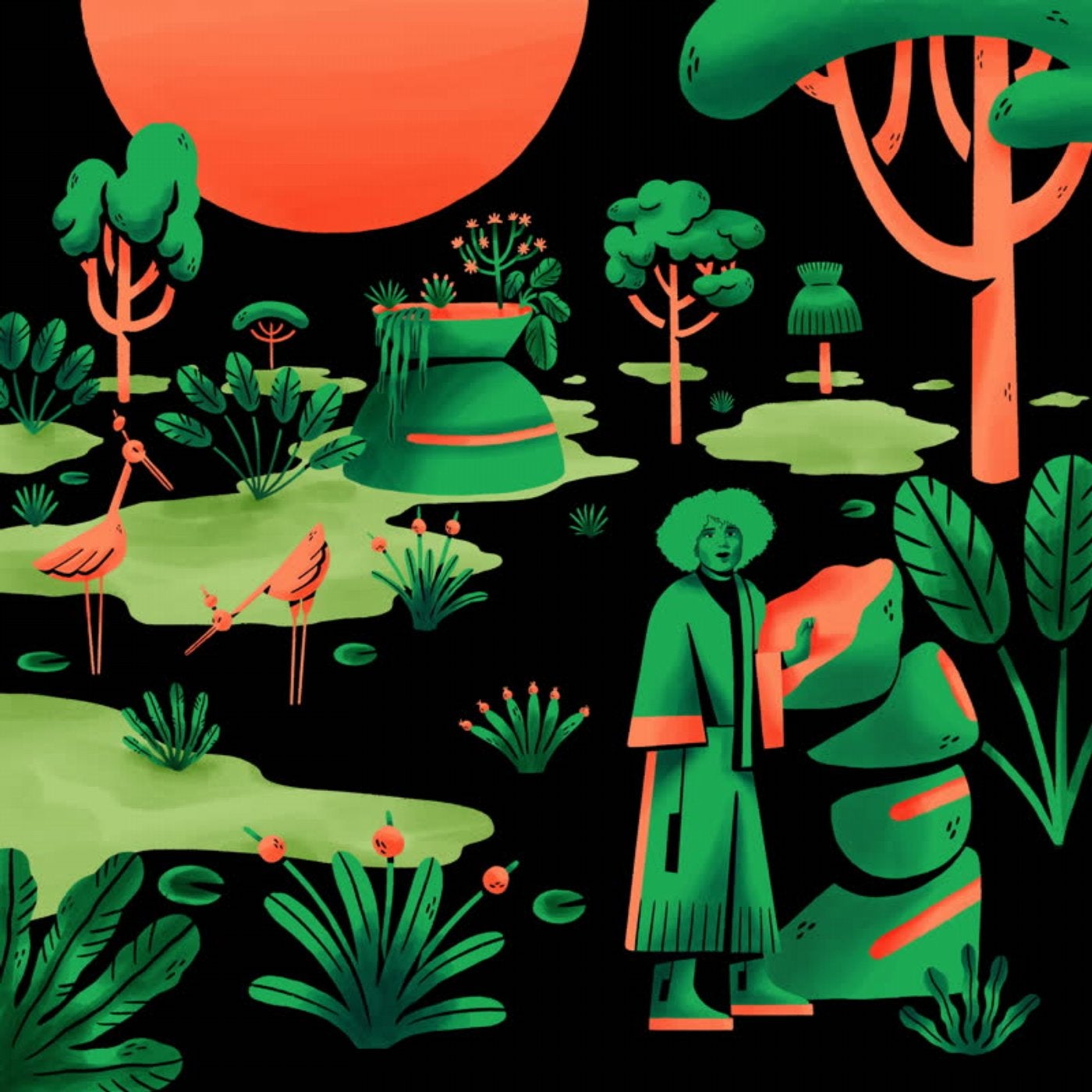 rRoxymore's long-anticipated debut album, Face To Phase, was born of her annual creative hibernation practice. Whereas her previous appearances for Don't Be Afraid - Thoughts Of An Introvert, Parts 1 & 2 - revealed inner worlds of saturated colour and natural expressiveness, she retreated into her studio at the turn of winter 2018 occupied with the idea of dismantling the dancefloor-centric pressure paradigm.

The resulting album, Face to Phase, finds rRoxymore methodically and mindfully stripping back to fundamentals: rumbling minimalist dub, sparse polymetric drums, boldy unpredictable melodic narratives and subtleties which hover out-of-reach or disappear into vapour. Forged by the spirit of club music cultures, Face To Phase favours deep listening; resisting the temptation to reflect on the past or project towards the future, it's an album that is firmly rooted in the contemporary.

Sparked by her own archive of field recordings, and produced primarily but not exclusively in the box, Face To Phase adds several facets to rRoxymore's already wide repertoire. The pensive and beatless opener "Home Is Where The Music Is" was inspired by her longtime friend Planningtorock, while "Forward Flamingo" is a spiraling dream-state of house music dissociation; elsewhere "Energy Points" remains anchored to the ocean floor, radiating heavy dub waves, "Passages" is a ghoulish skeleton of UK break beats, "What's The Plan" closes the album in a blissfully blunted fashion, while twisting, shape-shifting rhythms push and pulse "PPS21" into series of ever-evolving shapes and forms.

Through and in between the eight songs of Face To Phase, rRoxymore fortifies her status as a seasoned artist, grounded by over a decade of live performance and touring, collaboration, composition and experimentation. With a new live performance collaboration with a percussionist set to debut the LP at Atonal on 1st September, rRoxymore is primed to expand her reputation even further as one of the most vital and distinctive artists on the fringes of contemporary club culture.